Home news See all of the Celebrity Babies Born in 2020

See all of the Celebrity Babies Born in 2020 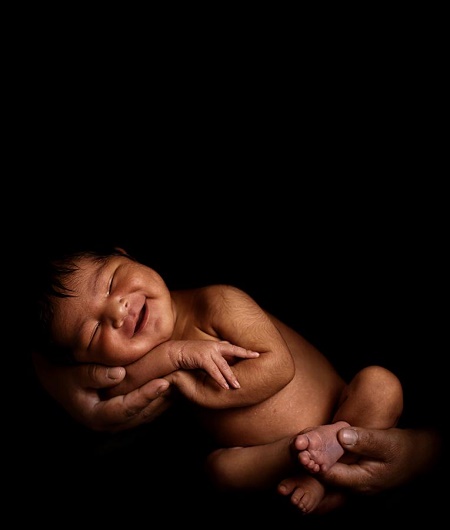 Here are a few lists of celebrity babies born in early 2020. And a huge congratulations to all the new parents in the town.........

45, actress, model, and fashion designer, Chloe Sevigny is a new mom. She and her long term boyfriend Sinisa Mackovic have welcomed their first child together over the weekend. The American Horror Story: Hotel star had her newborn on Saturday, “All are healthy and happy,” Chole's publicist tells PEOPLE on May 4th. However, further details including the baby’s name and gender, have not been revealed.

Officially the actress Jenna Dewa is a mom of two. She and her new fiance  Steve Kazze gave birth to their first baby boy named Callum Michael Rebel Kazee on 6 March. Dewan first posted her newborn son picture on Instagram saying: "And just like that, our hearts exploded into all of eternity and beyond ❤️🌈❤Welcome to the world, you little angel! ❤️Callum Michael Rebel Kazee 3/6/20".

Age, 45, Adam Rodriguez, and Grace Gail who share two daughters Georgie Daye, 3, and Frankie Elle, 6, now share another bundle of love. Criminal Minds actor welcomed a baby boy or third child Bridgemont Bernard Rodriguez on March 16 with wife, Grace. Bernard weighed 7 lbs., 11 oz., and was 21 inches tall. "Bridge and Grace are feeling great and his big sisters are in love — and so am I, of course!" Adam told PEOPLE.

And baby makes four. The former VJ of MTV's Total Request Live Carson Daly and his wife, Siri Daly just welcomed a daughter named Goldie Patricia Daly on Thursday night March 27 during the COVID-19 pandemic. He took to Instagram to share the news, saying: "Carson & Siri Daly (Hi! That’s us!) along with proud siblings Jackson James (11) Etta Jones (7) and London Rose (5) are beyond thrilled to announce the arrival of Goldie Patricia Daly! She was born at 4:08 pm (ET) coming in at 8.2lbs & 20 inches long. Go Go and mom are doing great".

Khaled Mohamed Khaled, professionally known as DJ Khaled, is now officially a father of two. He announced on January 20 that he and his 11 years of wife Nicole Tuck give birth to another baby boy, a second child Aalam. DJ, 44, took Instagram to share his newborn's first photograph, shot with his 3-year-old Asahd older brother.

35, American film and television actress, Eva Amurri and her soon to be ex-husband Kyle Martino just welcomed their 3rd child a son named Mateo Antoni Martino on Friday, March 13. Eva first announced of her newborn baby's birth through Instagram saying that: " Our sweet little boy came Earthside yesterday, peacefully at Home- birth was bright, fast & beautiful, and we are all SO in love ☺️💙 Mateo Antoni Martino 3.13.20, 7lbs 11oz, 21inches 💙".

The couple who announced their seperation on Nov. 14 after 8 years of marriage also has daughter Marlowe Mae, 5 and son Major James, 3.

It's a baby girl.  The couple, Cameron Diaz and Benji Madden who were married on January 5, 2015, welcomed a firstborn Raddix Madden on 3 Jan.  Diaz and Madden both posted the news about the birth of their daughter on their respective Instagram page with the same post that read, "Happy New Year from the Maddens! We are so happy, blessed, and grateful to begin this new decade by announcing the birth of our daughter, Raddix Madden".

However, the new parents have not released much information about their baby daughter including the picture. On Feb. 22, The Good Charlotte rocker gushed about his family saying: "My Wife and Daughter fill me up with so much gratitude❤️ every day, I feel so lucky❤️Just wanted to say it out loud!!! Much Love & Best Wishes".

'Black Ink Crew: Chicago' star proudly announced on Instagram after delivering Nola, writing: " Welcoming our daughter Nola Glenda Bey! Today is the best day if my life! Labor was LIT! I would do it over n over again. Big thank you to my husband @neekbey for being my soldier through it all. So worth it".

It's a Boy. Country Singer, Rhett Akins and his wife Sonya Akins gave birth to the firstborn son together named Brody James Akins on March 13. The new mother took Instagram to share the good news about the birth of her newborn son and wrote: "Friday the 13th is a pretty magical day. Our little angel arrived at 7:49 p.m. weighing 7.2lbs and 19 inches. He is perfect in every way!!!! Welcome, Brody James Akins". 50, singer shares two adults children Thomas Rhett Akins, 29, and Kasey Lee Akins, 27 from his previous relationship.

The FBI actress, Missy Peregrym, and her actor husband, Tom Oakley are parents. On May 21,  they welcomed their first child together, a baby boy named Otis Paradis Oakley at the Lennox Hospital. The new parents first did not share the photo at the time of his newborn on social media. But on March 30, 1 month later, Missy, 37, shared a photo of herself and Otis, captioning:“❤️Otis Paradis Oakley❤️ Born March 21st. These afternoon naps are the *greatest* feeling in the world".

An American musician from Austin, Texas Gary Clark Jr. and his wife Nicole Trunfio is no longer a party of four at home. The duo who celebrated their 4 years married on April 22, has welcomed their third baby girl Ella Wolf on the 21st of Feb. The Australian model, 33, first shared a sweet picture of her baby's hand in black and white, with a touching caption.

Nicole,34, wrote: "ELLA WOLF 🐺 so in love with you 🥰02.21.2020 💕 8.1lbs of yummy 🌸 welcome to this world my baby girl 🤗 your mummy and daddy and brother and sister love you so so so so much already. You are MAGIC ✨ Thank you @garyclarkjr for this gift 💝 #luckynumber3. This newborn daughter join her two older siblings Zion Clark, 5, and Gia Clark, 2.

Salter Kennedy Brannen makes a family of four for Ashley Salter and Austin Brannen, who shares 3½-year-old son Brooks Hartman born in April 2016. Bachelor star revealed that she gave birth to a baby number two on Saturday 7 March .“Salter “Kennedy” Brannen our newest sweetest addition we are so glad your here little princess 💕🥰,” she captioned a series of photos of newborn and her father on Instagram.

Country singer-songwriter Jimmie Allen, 33,  is a new dad. On Sunday, March 1, he and fiance Alexis Gale welcomed their first child or daughter Naomi Bettie Allen, the same day to top the charts, his album "Make Me Want To". The middle name of the baby is Bettie which is named after the grandma of Jimmie.

"I thought getting a No. 1 was going to be the best part of my day, but then my daughter, Naomi, was born, the Best Shot crooners says on Ty Bentli Show co-hosts Chuck Wicks and Trisha "T.J." Jenkins after his daughter's birth via a phone. Baby Naomi joins her half-sibling Aadyn, 5, Jimmie's first son from a past relationship.

The new son George weights 8 lbs., 6 oz., and was 21 inches tall during his arrival. And the new mother, 41, has told PEOPLE, “We are going with Paterson, but accepting any and all nickname suggestion".

It's a daughter. One Tree Hill alum Tyler Hilton, 36, and his wife, Megan Park,33, have welcomed a firstborn Winnie Hilton in Feb. The dad shared a photo of a newborn baby girl's feet on Thursday, February 6. "Everyone... meet the newest member of our crew, our daughter, Winnie Hilton. 🥰🥰🥰 It feels like we’ve known her our whole lives already and being her Dad the most natural thing I’ve ever done. To say I’m obsessed doesn’t quite do it justice", he wrote on the post.

The actor from Houston, Benjamin Wadsworth's now a dad of one. He and actress fiance Stella Maeve, have welcomed their first child together, a baby girl named Jo Jezebel Wadsworth, on Jan. 29. The couple's daughter Jo, who arrived at 6:45 p.m. Weighs 7 lbs., 6 oz. and measuring 193⁄4 inches tall.

American actor, Chris Noth is a daddy 2. The Sex and the City star and his wife Tara Wilson gave birth to their second child together: a son named Keats Noth, on Tuesday, Feb. 18. The little Keats joins big brother Orion Christopher, a 12-year-old. Down from the heavens comes our second son – Keats!” Chris stated on Instagram, adding a sweet quote from the writer, John Keats: "'A thing of beauty is a joy forever'.