Surprise! Orlando Bloom and Fiance Katy Perry are Expecting their First Child Together 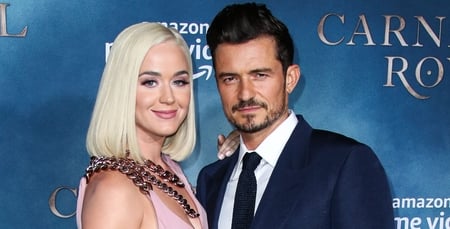 Actor Orlando Bloom, 43, and his fiance singer, Katy Perry, 35, finally announced the happy news that they're waiting together for their first child. The duo always tends to keep their ups and downs relatively private have grabbed attention again but with a good news. Let's grab more information about their upcoming baby in this article.

Recently, the 35-year-old songwriter announced her pregnancy in the music video wearing a white gown for her new single, "Never Worn White," released on 4 March 2020 overnight on Wednesday. In the video, Grammy-nominated "American Idol" judge also showed off her baby bump image at the end of the track for her latest song.

On the Instagram story, wife-to-be Katy said that her pregnancy was "probably the longest secret" she'd ever had to keep. Teenage Dream's singer also noted that the pair were "excited" and "happy," and that the baby was coming to her sixth album around the same time.

Check out the YouTube video of Katy's new song where she shows her baby bump!!!

Also, the news was also confirmed by Perry’s label, Capitol Music Group Thursday. Similarly, Dark Horse, singer tweeted after the unveiling of her pregnancy in the video, "OMG, so glad I don't have to suck it in anymore,"  she tweeted.

Nevertheless, the upcoming offspring will be the second for Orlando Bloom while the first child for Perry. Similar to Katy, other celebrities like Melissa Benoist and Sophie Turner are also expecting their first child.

Orlando Bloom and Katy Perry Aren't Rushing to Get Married

The actor Orlando and the pop star is not a married couple as of now. Actually, the engaged partner was planning to exchange wedding vows back in December 2019. But they postpone their wedding bells timing due to the location they want as per UsWeekly.

Similarly, the lovely Hollywood couple who first met in January 2016 has announced their engagement on Valentine's Day in 2019 after 2 years of a romantic love affair. As of now, the two have loved to keep their relationship private but they are rarely spotted at events or red carpets together.

Nevertheless, their upcoming nuptials will mark each of their second marriages. The Lord of the Rings star was previously married with ex-wife, supermodel, Miranda Kerr from 2010–2013. Former married couple, Bloom and Kerr, 36, also shares one son Flynn Christopher Bloom born in 2011 (age 9 years).

On the other hand, Roar singer was briefly wedded to comedian, Russell Brand in 2010. But, they later parted their ways in 2012 after two years of the marital relationship.

Comedian Hasan Minhaj Becomes a Father! Welcomes Baby Boy Together with his Wife