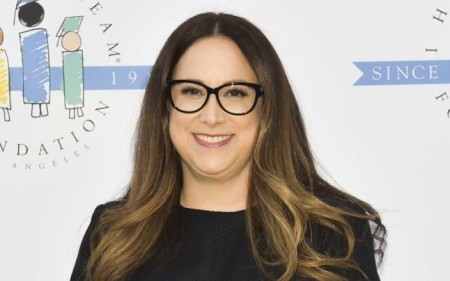 While we tend to remember the people on-screen, we must not forget the talented people behind the screen. They are the ones who present us the hilarious tv shows and films. And today, we are talking about Susan Rovner, who helped create thousands of episodes of our favorite tv shows.

Susan Rovner is a respected leader with strong relationships in Hollywood. She is best known as the former president of Warner Bros. Television. Recently in September 2020, she left the giant network to pursue a new career at NBCUniversal.

The 51-year-old programming chief is a married woman. She married her longtime husband, Robert Leo Rovner, on July 26, 1997. Their wedding ceremony took place at the Puck Building in New York in the presence of their friends and families.

The couple is very private about their personal life. It is not known whether they share any kids or not.

Get to know about Susan's Husband

Robert serves as the co-showrunner and executive producer of Supergirl along with Jessica Queller. The popular show stars actress Melissa Benoist in a lead role. Robert has worked as showrunner/executive producer and writer of Grey's Anatomy spin-off, Private Practice, where actor Griffin Gluck also played a small part.

Susan has amassed a hefty fortune of $8 million as of 2020. The majority of her earnings came from working over 20 years at Warner Bros.in different positions. Her annual salary was over $224,653. Recently, she joined the NBCUniversal, but the deal is yet to be revealed.

There is no doubt that Susan is among the top at supervising great television shows for audiences. Her husband, Robert's net worth, is at least $2 million. The couple lives a lavish lifestyle.

Susan joined Warner Bros. TV in 1998 as director of drama development. She got promoted to Vice President in 2001. During this time, she helped develop the long-running tv shows, Cold Case, The O.C., and the critically acclaimed Everwood. Her other notable works include Pretty Little Liars, Riverdale, Shameless, Westworld, Lucifer, etc.

While working for Warner Bros, Susan was responsible for overseeing the creation of new scripted primetime programming for the broadcast network. She also managed WBTV's drama and comedy development teams and programming staff.

Susan Lynn Rovner was born in 1969 in New York, the United States. She is 51 years old as of 2020. Rovner was born to parents, Roslyn Rovner (mother) and Philip Rovner (father).

Her father worked as the chief executive of Technology Flavors and Fragrances in New York. Meanwhile, her mother worked as a travel consultant in East Hills. Talking about education, Susan graduated from Columbia University.