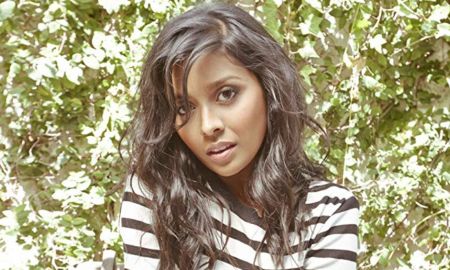 Gold Derby TV Award-nominated actress, Tiya Sircar came to prominence for her portrayal of Vicky in the fantasy comedy-drama series, The Good Place. She is also well known for her role as Rooni Schuman in the comedy series, Alex, Inc. She also received two BTVA Award recognitions for her performance in the animated action-adventure series, Star Wars Rebels.

Sircar was born on 16th May 1982, in Fort Worth, Texas, United States. She is an American nationality and hails from Indian descent. So, is she married or she is dating someone? Let's take a glimpse of Sircar's personal life.

Alex, Inc. actress, Tiya is reportedly living a single life and keeps her personal details close to herself. Nonetheless, her fans are curious to know whether she is secretly dating or not? But, Sircar isn't much familiar with her fans to explore about her intimate details.

Aside from this, Sircar is the best friend of Yuri Shuravloff, who's an analyst of category management at Fiji Water, a luxury beverage company. The duo is fond of traveling new and exotic places. The pair recently visited Rajasthan, India, on 4th January 2019 and shared many pictures there.

More to that, Tiya was once rumored to be dating her Alex, Inc. co-star, Zach Braff, who played the role of Sircar's on-screen husband. However, the rumors turned out to be fake when they proclaimed that they're just good friends.

Tiya Sircar has a net worth of $2.3 Million as of 2019. Besides, she makes a substantial payroll from her profession. Similarly, in the United States, an experienced actor/actress earns a salary of $68,987 per year. So, her income might be listed in the same range.

Tiya made her appearance in the role of Vicky on the TV show, The Good Place, which received 8.1 out of 10 stars from 75,778 ratings. Similarly, D'Arcy Carden and Monica Padman also appeared on the same TV show.

Stars as a Promising Actress

As an actress, Sircar started her career in the short film, Heavenly Beauties, where she acted as an Indian dancer in 2005. She then featured in the vampire film; The Insatiable under the direction of Chuck Konzelman and Cary Solomon in 2006. She also portrayed in many movies like Hotel for Dogs, Walking with Dinosaurs.

Check out the interview of Tiya Sircar

Sircar made her first appearance in the television program, Acceptable TV in 2007. Furthermore, she acted as Natasha in the musical comedy series, Hannah Montana in 2007. Similarly, her other television works are The Suite Life on Deck, The Mindy Project, and many more.

If You're Fond Of Reading Then, Visit Married Celeb!!! For More Glorious Biographies & Articles