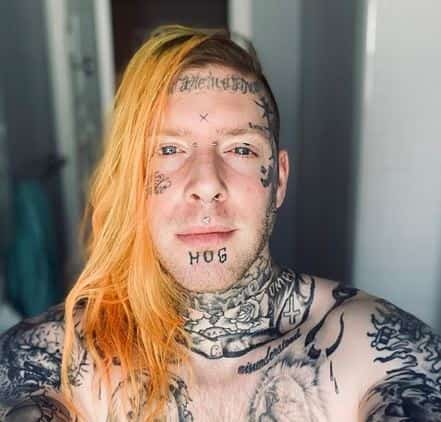 Canadian born Rapper, Tom MacDonald is one of the respected Rappers right now in the music industry. Though he hasn't been decorated with awards like Grammy or MTV but his unique style of rapping and unbelievable technique of writing lyrics has led him to achieve a good decent amount of fan following.

Thirty-one years old rapper, Tom was born in Canada on September 21, 1988, with the birth sign of Virgo. Currently, he holds a YouTube channel where there is a subscriber of almost a million. He started uploading video back in 2014 May, where Wannabe was the first of all.

Since then there is no looking back for the rapper. His each and every video is now watched by hundred of thousands of people around the world. Recently targeting the pandemic he has released another single titled Coronavirus.

Tom has been always highlighted due to his relationships and affairs. His current relationship status is marked as dating. He is currently involved in a romantic relationship with his girlfriend, Nova Rockafeller.

His girlfriend Nova is a well known Canadian, Pop Singer who came to limelight after self-producing their own album Insufficient funds. She also contributed the soundtrack for 2015 teen comedy The Duff which led her to achieve a decent amount of fan following.

How is the relationship going between the couple?

The two met back in 2016 through a mutual friend. Due to the common interest and same working environment, they started dating one another in 2017. Since then they always have been together.

The beautiful duo loves hanging out and often upload one another pictures in their respective social sites where they are seen having fun and spending some quality time together.

Even lots of Tom's songs are produced by the Nova and she also helps him to write the lyrics. Seems like the pair are supporting one another both professionally and personally.

Are Tom MacDonald and Nova Rockefeller planning to get married?

Though the couple seems very much attached to another. It has still been unclear whether they are going to exchange their wedding vows or not? The duo has been now together for almost three years and hasn't yet decided to take their relationship further.

It might be because they still want to enjoy their freedom of life rather than attached to some relationship law. Hence, sooner or later we will be informed about their relationship updates for sure.

As of now, they're enjoying their life fully with one another. And there is no news regarding the pairs being involved in external affairs and relationships.

Tom MacDonald Net worth and Earnings

MacDonald has not made considerable amount of wealth alike popular rappers like Lil Wayne and Jaden Smith who are millionaires. According to Celebrity Net Worth, Tom's net worth is $100,000. However, it is believed that his net worth is quite higher than that, though it hasn't been officially estimated yet.

Furthermore, he owns the store under the name, Hangover gang which sells, Shirts, Hoodies, Sweatshirts, and many more. All of the prices range from $10 to $500 and even more. And the good thing is people are loving it and have a great response on it.

For more biographies and gossips on the various artist