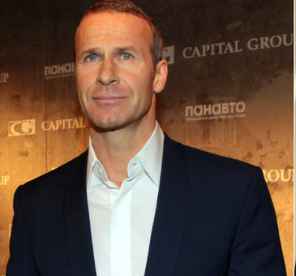 Who is Vladislav Doronin?

You guys must be familiar with the number of couples with the huge age difference. Mostly the kind of relationship where mandates a woman who is way younger than he is. Today we are going to talk about Vladislav Doronin who shares huge age differences with his current partner and is still very compatible with her.

Vladislav Doronin was born on 7 November 1962, in Saint Petersburg, Russia. He joined Moscow Lomonosov State University for his further education. The business tycoon is very low-key about his personal life, so there are really no details about his parents, siblings, and early life.

He moved to Geneva in 1985 and then to Zug, where he worked under Marc Rich. As a commodity trading business, Doronin began ' Capital Group ' in 1991. In 1993, with Class A offices and retail projects, Capital Group joined the Moscow commercial real estate industry.

Over time, its portfolio has extended with housing projects in the deluxe and business class. As for now, Capital Group has built up its portfolio to include 71 high-end residential and commercial projects with a total of 7 million square meters of space.

Doronin was married. He tied a knot with Ekaterina Doronina in 1988. The couple was doing just fine until 2009. The pair started to have an irreconcilable quarrel and headed for the divorce procedure. The couple even shares a child together.

After Campbell, Vladislav found a calming shoulder in the form of Kristina Romanova. His partner has also worked for the song "Wake Me Up," along with her fellow model Laneya Grace in the music video of Avicii. As for now, Dornin also shares a daughter with Romanova. The couple has more than 32 age gap. However, the pair is dating for more than four years and are still very compatible with each other.

There is a rumor that Doronin has already given an engagement ring to Kristina. However, the rumors are not confirmed yet as both of hasn't given an official statement about their engagement rumors. Just like Doronin, Todd Chrisley also has earned a huge amount of money from his successful career.

Although the business tycoon has a handful of dating history, he has a very flourishing business. As of 2019, Doronin has a net worth of $1 Billion. Doronin has a Capital City apartment, a housing complex he built-in 2003 in Moscow. Also, he has a penthouse built by Massimo Iosa Ghini, an Italian architect.

Vladislav also owns a personal residence outside Moscow, the only private residence intended by architect Zaha Hadid, Capital Hill Residence. Doronin also owns a very luxurious car and villa, which is out of media reach. No to forget, as a divorce settlement he had to pay $10 million to his former wife.

Vladislav's age is 56 years as of 2019. Doronin has a height of 5 feet 10 inches tall and weight around 78 kg. There are no details about Doronin body measurement. Doronin has a pepper white hair color.

Unlike his current girlfriend, Kristina who is a social media star, Vladislav is not available in any kind of social media site. We can see, Doronin is more focused on his career and family.