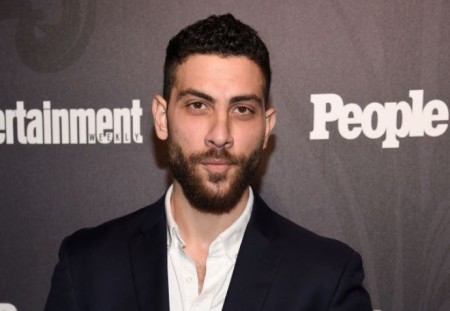 Zeeko Zaki is an American actor best known for portraying the role of Special Agent Omar Adom Zidan on CBS's crime-drama series, FBI. Besides, he is a model and has appeared in television shows like 24: Legacy, NCIS: Los Angeles, Valor, FBI: Most Wanted, etc. His movies credits include Stuck in Love, Max, Allegiant, Escape Plan 2: Hades, etc.

Zaki was born in Alexandra, Egypt, on January 18, 1990. He is a practicing Muslim and can fluently speak both English and Arabic. Before acting, Zeeko was a model, and currently, he has gone on to become one of the beloved young actors.

The 30-year-old hunk is an Egyptian-born Arab-American. His family moved to the United States when Zaki was just an infant. Further, he grew up in Pennsylvania with two younger siblings, a brother, and a sister.

Zaki graduated from Unionville High School and briefly attended Temple University. His mother is a salon manager, while his father is a stylist. While there are few Muslim actors in the industry, Zaki is an exception where he is a lead actor on television.

Is Zeeko Zaki dating anyone?

With a stunning height of 6 feet 5-inch and a muscular physique, Zeeko is considered as a handsome actor. His fans speculate that the FBI star may be dating someone. However, Zaki is not involved in any romantic relationship. Additionally, he is focused on expanding his professional career.

Zeeko is active on social media, and he also makes quite a public appearance. While he has several female friends, none of them can be assumed as his girlfriend. Zaki prefers to keep his dating life a secret. Also, it is not known whether he dated in the past or not.

Zeeko Zaki has a net worth of over $300,000 as of 2020. The primary source of his income comes from acting in television shows and movies. Zaki has been active in the entertainment industry since 2012, and in a short amount of time, he has amassed decent wealth.

Since 2018, Zaki has been playing the main role of Omar Adom Zidan in the CBS crime drama series, FBI. As a lead actor, he earns over $48,000 per episode. On the show, he appears alongside, Missy Peregrym (ex-wife of actor, Zachary Levi).

A few of the movies in which Zaki appeared collected impressive earnings at the Box-Office. Here, take a look:

The average salary for television actors ranges somewhere between $38,000-$121,000. Actor, Billy Burke, who had a guest role on FBI, has a net worth of $5 million. Meanwhile, some actors earn up to millions per episode.

There aren't many Arab-American actors who play lead roles on television, but Zeeko debuted with a major lead role on Dick Wolf's FBI. Do you know Zaki initially doubted whether the production team would take him as a main cast? Nevertheless, he has won our hearts with his terrific performance.

Watch a clip of Zeeko's FBI!

In 2012, Zaki appeared in spy thriller series, Homeland, and NBC's science fiction series, Revolution. In 2017, he appeared in five tv shows like Six, 24: Legacy, Daytime Divas, The Night Shift, and NCIS: Los Angeles. In 2020, he appeared in a guest role in FBI: Most Wanted.