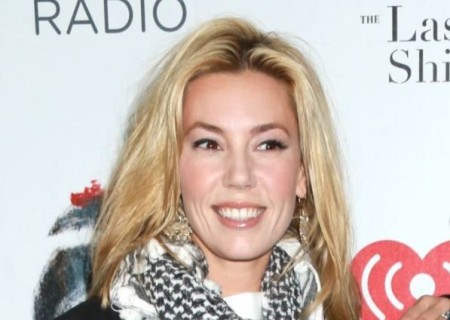 Alexis Roderick is an American equestrian and former Morgan Stanley executive. She is best known as the wife of legendary musician Billy Joel, who is worldwide famous as the "Piano Man." The couple has 33 years of age gap, but that didn't stop them from marrying and living a wonderful life.

Alexis Roderick was born in 1982, which is ironically the same year her husband and his first wife got divorced. Roderick graduated with a degree in Political Science and Latin American Studies from Stony Brook University, New York. After her graduation, she began working as a broker. She has years of experience as a horse-rider and is a professional equestrian.

Roderick first met Billy in 2009 at a restaurant in Huntington, where she lived at that time. At that time, Alexis was 27, while Billy was in his early 60's. They became friends and eventually started dating after realizing that there was something special.

Their relationship became public in 2010 and five years after they married in a lavish but intimate ceremony. Alexis and Billy exchanged their wedding vows on July 4, 2015, at Joel's estate on Long Island. New York governor Andrew Cuomo officiated the nuptials.

Alexis and her spouse, Billy, are parents of two lovely daughters named Della Rosa Joel and Remy Anne Joel. The couple announced that they were expecting their first child a few months after their wedding.

Despite having two kids and busy life, Alexis manages to continue her passion for equestrian. She regularly takes part in competitions and takes her husband to the events. Like Roderick, Nikki Battiste, and Emily Simpson are women who have a passion for horse riding.

Alexis's marriage to Billy Joel made her his fourth wife as the musician has been previously married three times. He was first married to Elizabeth Weber Small from 1973-1982.

In March 1985, Billy then married a model named Christie Brinkley with whom he had a daughter, Alexa Ray Joel, born on December 29, 1985. Like her father, Alexa is a singer, songwriter, and pianist who has established herself as an artist. Alexa's wedding was postponed due to COVID-19. Alexa's parents, Billy and Christie divorced in August 1994 after nine years of marriage.

Following the separation with Christie, the singer, Joel tied the wedding knot with his third wife, a chef Katie Lee on October 2, 2004. But, Katie and Billy's marital bond was also fleeting which ended up on June 17, 2009. They didn't share any children.

Speaking of her net worth, Alexis, as an accomplished equestrian and former executive of the multinational investment bank, Morgan Stanley, holds an estimated net worth of $5 million. Roderick was active in the Equestrian Union of the United States as well. At present, her husband showers her with expensive gifts and properties. As a celebrity wife, Alexis indeed lives a lavish lifestyle.

Meanwhile, Alexis' five-time Grammy Award-winning husband, Billy has a huge fortune of $225 million. With a wealth so vast, Billy doesn't have a problem buying massive properties for his lovely wife. Also, he has invested a huge chunk of money in several equestrian centers.

Apart from his musical career, Joel has several business ventures. In 1996, he co-founded the Long Island Boat Company. In 2010, he opened a shop for manufacturing custom made retro-styled motorcycles in Long Island.

Billy is called the Piano Man, and there have been several books written about his career and music. In 2014, Schruers published a biography named Billy Joel. The book has a 4.4 rating on Amazon and is available on Kindle edition for $12.99 and hardcover for $23.5. If you want to be familiar with Joel's work, then kindly visit this page.

In January 2018, Billy purchased a five-acre $3.5 million ranch house for his equestrian wife in Wellington, Florida.  The property reportedly includes a barn with 12 stalls, groom quarters, a tack room, five paddocks, and a regulation-size dressage ring.