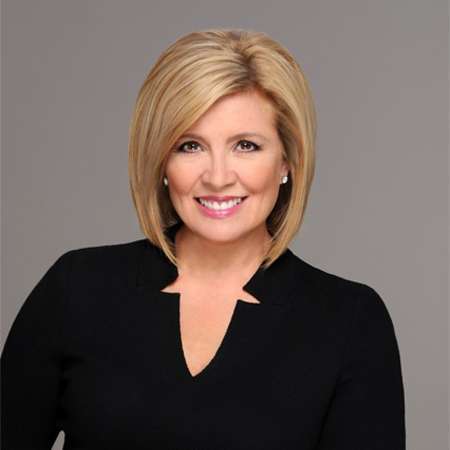 Chicago Emmy Award winner, Allison Rosati is a well-known American Journalist and a co-anchor for WMAQ-TV in Chicago. Allison has been working in the sector for almost four decades. Allison started her career soon after graduating from her University.

Allison Rosati was born as Alison Kay Rosati on February 12, 1963, in Dover, Delaware. She is of Finnish (paternal) and Italian (maternal) descent. Allison's parent's information is still under investigation. She is very much private about her early life with the public. Allison attended Gustavus Adolphus College, where she studied speech and communications.

The main job of a journalist is to find about unknown people or unknown things with the public. However, Journalist, they are very much good at keeping their personal life away from the media. Allison shares similar ideologies.

Following the information available on the Internet, we can be sure that Allison is living a single happy life on her own. She is indeed in search of a perfect life partner. Allison had a tough time to go through in recent years.

Got Divorced After Two-Decade of Married

It is a matter of fact, Allison was a married woman. She was married to her longtime boyfriend, Dr. Lee Dennis. Lee is a radiologist. The love birds has been dating for some time before tying their knots. Much about their first meeting instance is not shared with the public.

Allison walked down the wedding aisle on March 20, 1993, at the Holy Name Cathedral. They had a traditional Roman Catholic wedding ceremony. In the beginning, they were very much supportive of each other. In 2015, The love birds had some coldness into their relationships.

Rosati and Dennis were officially divorced on January 17, 2017. She currently lives with her family, her kids, and her pet dog, in their Burr Ridge House in Illinois. After her divorce, she has a piece of advice. For the new parents, she recommends holding tight to their priorities.

Allison is the proud mother of Four Kids. She welcomed her first kid, Nicholas Lee Dennis, who was born on July 18, 1994, while her second son is Stephen Dennis, born on October 15, 1996.

Allison's first daughter is Katherine Mary Dennis, born on June 16, 1998, while her second is Kristen Allison Dennis, born on April 7, 2001. As of now, She is living with her children.

Prosperous Manner of Living with Enormous Net Worth

On the other hand, she earned around the average annual salary of $83,000 to $90,000 per year. During her early life, Allison worked with Tammy Leitner for WMAQ-TV in Chicago. She has been working with the channel WMAQ since 1990. Allison has been awarded several awards for her contributions in the Journalism industry.

For Access to All our Exclusive Celebrity Biography Then Visit Marriedceleb