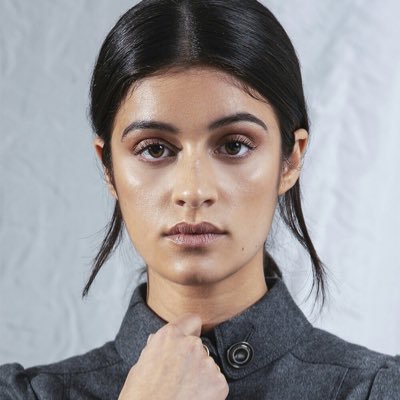 If you've watched the original series of Netflix, The Witcher, then you might know the name, Anya Chalotra, who played Vengerber's character Yennefer. She is an Indian-born English actress known for her work in Sherwood (2019) and Wanderlust (2018).

The Witcher star was born in the British-Indian family while her father is of Indian descent, and her mother is English. She grew up in Lower Penn village in South Staffordshire, UK, alongside two siblings. Anya holds British citizenship and is of mixed ethnicity.

Anya Chalotra is currently a single lady. She enjoys keeping most of her personal things within herself. So there is no news of her romantic affairs or having a boyfriend with the media at present.

The beautiful lady who attended the St. Dominic's Grammar School for Girls in Brewood likes to share pairs of pictures on her social media. So far, as per her Instagram post, she never uploads her potential boyfriend's photo to date. So it's hard to say if she's dating someone or not at the moment.

Chalotra often posted pictures on her social account along with family and co-stars only. She spends most of her leisure time. Anya seems to be focusing on her work for now, rather than her personal affairs.

Starred as Yennefer of Vengerber in Netflix's Show, The Witcher

It was revealed on October 10, 2018, that Chalotra will play a significant role as Vengerberg's Yennefer in The Witcher, Netflix's fantasy series. On December 20, 2019, the show premiered.

Well, she's Yennefer, plays the leading role, and also a compelling character in the show. Anya goes from being a terrified young woman to being a strong witch in the series. Yennefer is the type of character that many fans will likely find fascinating.

Fans, mostly like her exciting things, is that she transforms from a scared young woman to a powerful sorceress. Her ambition and determination are an intriguing combination. Further, she has a vulnerable side as well. Her sensitive side especially shows in her desire for a child.

The actress who wears the 7 (US) shoe size can no longer have kids due to her physical transformation in the show, The Witcher. Also, this show follows other roles, including Joey Batey, Mimi Ndiweno, Emma Appleton, Maciej Musial, Anna Shaffer, Lars Mikkelsen, Henry Cavill, Royce Pierreson and Therica Wilson-Read.

How much net worth Anya Chalotra accumulates?

As a English actress, Anya Chalotra makes a considerable amount of fortune from her television career. As of 2020, her net worth is estimated at $2 Million throughout her acting career. Likewise, the significant way of earnings or income is her acting career.

Meanwhile, Chalotra plays the role of Vengerber's Yennefer in American drama The Witcher, although the primary cast earnings of Henry Cavill is about $400,000 per season. So we can infer that for her role in this series, she earns around $350,000 per season.

Now, talking about her film career, Chalotra appeared in the TV series Wanderlust as Jennifer Ashman, a co-production with Toni Collette and Steven Mackintosh in the leading roles by BBC One and Netflix. In 2018, she played the role of Lily Marbury in three-part miniseries, The ABC Murders.

For more biographies related to your favorite characters of The Witchers, keep visiting marriedceleb