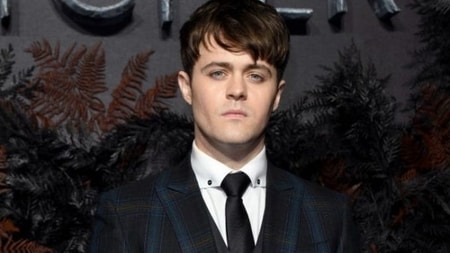 An aspiring British Actor, Joey Batey, has made the number of appearances in both British and American shows. Recently, this actor is playing the role of Jaskier in the new Netflix series titled The Witcher.

Batey was born on 1st January 1993, in Newcastle upon Tyne as a single son. The 25-years-old actor holds British citizenship and is of white Caucasian ethnicity. Moreover, he studied at the University of Cambridge in Medieval and Modern language.

The Witcher actor is officially unmarried and looking for a perfect partner. He prefers to keep his love information within himself. Nonetheless, his fans are curious about his intimate life, but he is not so much open about his love story with the public.

Therefore, for now, the 26-year-old actor focuses only on his career as opposed to dating girlfriends and aims to become one of the top actors in the entertainment industry. So, this may be the reason he's not dating anyone, nor have any plans yet to get married.

His Big Break: The Witcher

The 26-year-old actor from Newcastle is now playing the role of Jaskier, a traveling bard in the new series, The Witcher. In the show, The Witcher Geralt is a mutated hunter of monsters whose life takes him on a quest from place to place as he tries to find his place in an enemy's time.

And Joey is also known as Julian Alfred Pankratz, a pranking talent and is something of a trickster. His role, therefore, provides him with such a big break as he can make a name for himself in the media industry. Not just a terrific actor, he is also a singer and lends his voice for the songs in the series as well.

Some of the main lead casts members in the show such as Henry Cavill as Geralt of Rivia, Anya Chalotra as Yennefer of Vengerberg, Royce Pierreson as Istredd, Eamon Farren as Cahir, Mimi Ndiweni as Fringilla Vigo, Anna Shaffer as Triss Merigold, Emma Appleton as Princess Renfri and among others.

How much Net Worth Does Joey Accumulate?

The British actor has earned a considerable amount from his short term acting career. Although he hasn't revealed his actual amount of net worth in the media, it is believed it ranges between $300,000 to $500,000. The majority of his earning comes from his acting and music career.

Recently,  Batey made his breakthrough and has managed to get a considerable appeal from all over the world for his performances in the American fantasy, The Witcher. The exact salary figure in the show has yet to be announced. As an assumption, he has to get around $50,000 to $100,000 for an episode.

He was part of many shows before 2019, including The War of the Worlds, Stan Lee's Lucky Man, Shakespeare, and Hathway: Private Investigators, Knightfall, The White Queen, and C.B. Strike (2017). He has also appeared in Liverpool movies such as The Riot Club(2014) and Film Stars Die (2017).

For further updates on English Actor, subscribe to Married Celeb