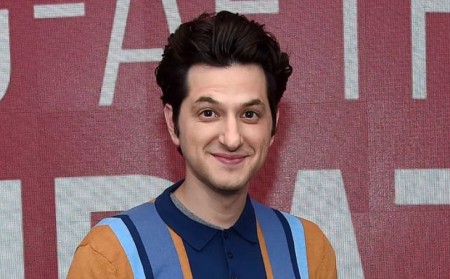 Ben Schwartz is an award-winning American personality who saw success in his various roles as actor, voice actor, comedian, writer, director, and producer. Ben is mostly recognized for portraying the role of Jean-Ralphio Saperstein on the NBC sitcom, Parks and Recreation. Also, he has played a lead role on the Showtime series, House of Lies.

Benjamin Schwartz was born on September 15, 1981, in The Bronx, New York, the United States. He is 38 years old as of 2020. Ben's father was a social worker who later went into real estate. Meanwhile, his mother was a music teacher. Ben graduated with a double major in psychology and anthropology from Union College in 2003.

As of now, the handsome actor has never been married. He is not dating anyone neither he has revealed anything about his relationship status. It seems Ben is entirely focused on his career. Also, he prefers to keep his personal life behind the spotlight.

In 2016, Ben was romantically involved with actress Gina Rodriguez, known for appearing in The Jane Virgin. It was Gina who revealed their romance at the Golden Globes ceremony. Further, they were one of the adorable pairs in the show business.

Gina was fascinated by Ben's humor and talent. In an interview, she said: “Oh, I’m taken! I’m taken! Yeah, he’s awesome! Yeah, I am a big, big fan!”. They were seen attending the WBC welterweight championship at the Staples Center in Los Angeles on January 23, 2016.

While everything seemed perfect, Ben and Gina parted their ways. Since then, Schwartz hasn't dated any girl. Also, it is not known when he will get married.

The voice actor of Sonic the Hedgehog, Ben Schwartz, has a net worth of $3 million as per celebrity net worth. He is an award-winning actor, comedian, writer who has been active in the entertainment industry since 2006.

Ben has appeared in multiple films, television shows, and web series. Most of the movies in which he worked has collected an excellent revenue at the Box-Office. Here take a look:

Ben is one of the most sought out actors for a voice-over. He appeared alongside Ryan Reynolds in the 2013 animated film, Turbo. At present, Schwartz appears as the leading voice cast in the television series, DuckTales and Rise of the Teenage Mutant Ninja Turtles.

There is no exact information about Ben's annual earnings. However, the actor earns a substantial amount of money from his career.

In 2010, Ben started playing the role of Jean-Ralphio Saperstein in the NBC sitcom, Parks and Recreation. He again reprised the role in 2020. Likewise, his other memorable work was on the Showtime comedy series, House of Lies.

In 2020, Ben was a main cast of the Netflix comedy web television series, Space Force, where actors, Steve Carell and Noah Emmerich, also appeared. Similarly, some of the web series in which he worked are Jake and Amir, Good Mythical Morning, and Guest Grumps.