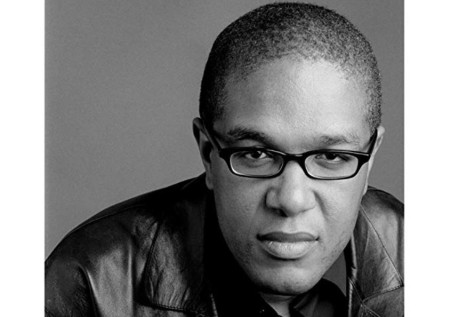 American journalist, Christopher John Farley is the executive editor for the world's largest online selling and producing audio entertainment company, Audible. He is also a news contributor for Time Magazine and The Wall Street Journal, where he produced and hosted several events.

Farley was born on 28th July 1966 in Kingston, Jamaica, and grew up in New York, United States. He holds an American nationality and hails from African-American heritage. Apart from this, he is a married man. Find more about Farley's personal life.

Audible's executive editor, Christopher is already committed to his wife, Sharon Epperson, who's currently serving as a personal finance correspondent for the CNBC network. The duo tied the knot in an intimate ceremony held on 31st August 1997.

The beautiful couple is enjoying the most romantic moments from 22 years in a happy marital relationship. On 31st August 2014, the pair celebrated their 17th marriage anniversary, inviting their guests, Thomas Dexter "T.D." Jakes, Sr, and his wife, Serita Jamison, at a restaurant.

The married pair are the guardians of two lovely kids. Their older child, Dylann Farley, on 11th May 2002. Farley also posted a picture of Dylann on Instagram, wishing him his 15th Happy Birthday on 11th May 2017. As of now, he is playing basketball for New Rochelle High School.

Christopher John Farley has a fortune of $600 Thousand as of 2019. On the other hand, he makes a handsome income from his profession. According to Glassdoor, an executive editor's average salary is $56,966 annually at Audible, Inc. So, Farley's yearly payroll might be related as per the salary at Audible.

Farley also made his debut appearance in the musical biographical documentary, Mr. Dynamite: The Rise of James Brown in 2014. The movie was a great success to Farley, which received several awards and garnered 7.4 out of 10 ratings by 1,132 viewers. Similarly, David Remnick also appeared on various TV shows related to news.

Farley also wrote a new book, Around Harvard Square, on 1st April 2019, in which he expresses the racial and cultural discrimination in the elite Harvard hothouse. The book also received four and a half stars out of 5 from five ratings.

Meanwhile, Christopher's wife also wrote several books, including The Big Payoff: 8 Steps Couples Can Take To Make The Most of Their Money and Live Richly Ever After ($73.82) and The Big Payoff: Financial Fitness for Couples ($6.64).