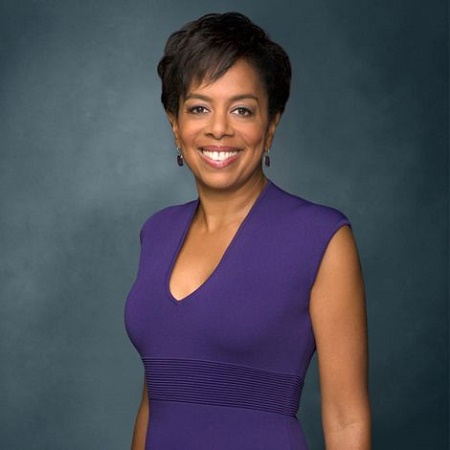 Sharon is a married woman. She said ''I do'' to her boyfriend, Christopher John Farley on August 30th, 1997, among their closed ones.

For now, Sharon and Farley lead a blissful marital life without any sign of conflict for over two decades. Moreover, her husband, Christopher, is a Jamaican-born American journalist, columnist, and author who currently serves as an editor of The Wall Street Journal.

The husband-wife pair shares two kids from their conjugal relationship. Dylan Farley is the firstborn kid, while the second one is Emma Farley.

Younger daughter Emma has selected as a Youth Leader for STOMP Out Bullying in March 2019. Moreover, Epperson and John Farley often seen uploading pictures of their two beautiful children on social media.

Sharon Epperson's Net Worth And Salary

Sharon Epperson is an American Television Correspondent who has a net worth of $1 Million as of 2019. She added her wealth mostly from her long-time career as a reporter.

According to Glassdoor, the average salary of CNBC is around $82892 per annum. Regarding her contributions, Epperson delivers all the biggest breaking stories all over the world with another co-anchors, Sara Eisen and Bertha Coombs at the same stations.

Sharon Is Also An Author

Along with a correspondent, she is also an author who has written the number of books. Some of the published books include:

Started Career As A Correspondent

Epperson started her career as a correspondent in Time Magazine from 1993 to 1996. While serving in Times, she covered social, cultural, and business issues in New York.

While working at CNBC, she also joined Columbia University as an adjunct international affairs instructor.

Sharon further received the 2003 New York Association of Black Journalists ' Trailblazer of the Year Award. The Association also awarded her an All-Star Award for Women in Communications in the same year.