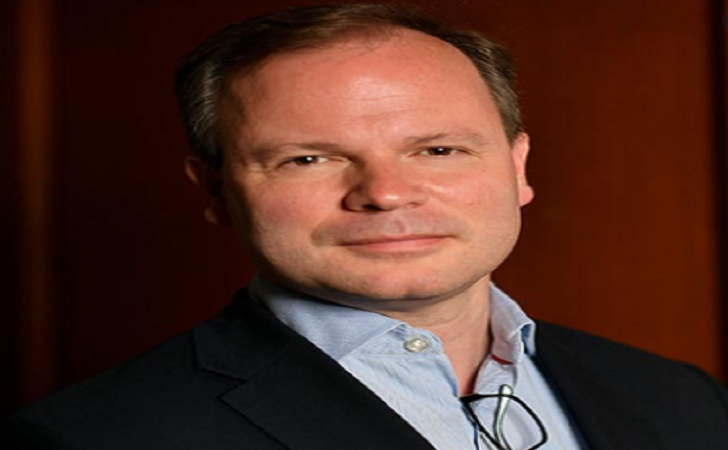 Craig Oliver is the former Director of Communications for British Prime Minister David Cameron. He is the man of multiple talents and works as a Journalist, media executive, spin doctor, and British news editor.

He was born in Basford, Nottinghamshire, England on May 15, 1969. He holds British nationality and has a birth sign of Taurus. His father was Chief Constable of Scotland's Central and Grampian Police also was author, speaker, and security consultant.

Married to the News presenter

Craig finds the love of his life, Joanna Gosling in the newsroom of an independent network of radio stations. They both were working under the same hood. Moreover, Joanna Gosling has also shared a screen with other famous journalists like Chris Moyles and many others.

While sharing a similar work figure the couple started dating. After dating for years, the couple got bonded with a marital relationship.

By 1996, Craig and Joanna get married. The pure love of the couple leads them to share three children. Maya Oliver who is now 16-years-old, Lona Oliver who is at the age of 14 and the youngest one, Honor Oliver is now 10-years-old.

The End of A 23 Years Long Relationship

The happily married family shared many beautiful moments with each other. As time passed their relationship turned sour.

The couple split in the year 2014 and parted their ways. They have, however, has not disclosed any details regarding their divorce. Currently, Craig's ex-wife and children are living together in West London.

Craig found her love life later in the EU campaign. He started dating Lucy Thomas in late 2016. Lucy Thomas is an ex- BBC producer and was the public face of the pro-EU campaign as well as she regularly appeared on TV.

All the chemistry between lovebirds started with some heavy flirting in the office as per Daily Mail. They were spotted jogging together in Hammersmith, West London. Currently, they are dating and haven't spoken about their relationship. Maybe they are planning for the wedding who knows?

Oliver attended Stirling High School. He was a contemporary of Kristy Young who was a radio presenter. Later he went to the University of St Andrews to read English Literature.

In 1992 he started as a reporter for STV after graduating from Cardiff School of Journalism with a diploma in Broadcast Journalism.

Salary and Net Worth

While Craig Oliver worked as a Director of Communications of Prime Minister his salary was $1,53,000. As of now, he is working in various fields and surely earns a decent sum of money from his work. His net worth is estimated at $5 Million.

Craig became a director of BBC World News Limited in June of 2010. He served there as a company secretary to Paya Ltd from 2005 to 2011. Paya Ltd is a company founded by his ex-wife. Later he gave up from his post in order to gain a role at Downing Street.

Net Worth of Ex-wife in Million

Her ex-wife Joanna Gosling is a news presenter and earns very decent money through her work. Her yearly earnings is $51,600 which lead her to gain a total net worth of $1.8 Million.

She is currently residing in West London in a house purchased in 2004 from the sports presenter Mark Pougatch.