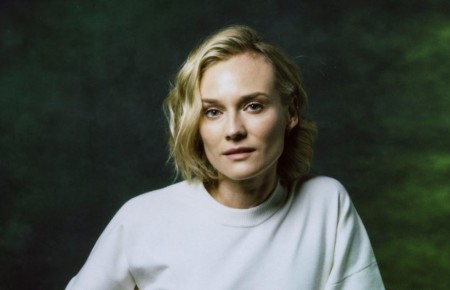 German-American actress, and former fashion model, Diane Kruger came to prominence for her role as Helen in the epic historical war, Troy. She is also famous for her appearance in Fatih Akin's drama film, In the Fade. For her performance, she received the Cannes Film Festival Award for Best Actress and Satellite Award for Best Actress.

Recently, Kruger portrayed the role of Rachel in the French thriller movie, The Operative. She is also filming an upcoming spy film, 355 which is coming in 2021.

Diane Kruger is in a romantic relationship with an American actor, TV host and model, Norman Reedus. The sweethearts had their first encounter on the set of Sky in 2015.

After working together for over a year, the two seen together as a couple in July 2016. Moreover, they are one of the much-talked celebrity couples to whom paparazzi loved to capture.

The pair is proud parents to their beautiful daughter, who was born on November 2018. The couple, however, prefers to keep their child away from the limelight and have not yet disclosed their little one’s name to the public. Talking about it, the model added,

“Well first and above all, it’s safety. We have The Walking Dead empire which has a lot of very intense fandomship that comes with it.”

In May 2019, Diane finally shared a picture with her baby on Instagram, holding her while sitting on the beach and enjoying the sunset.

On the other hand, Norman is also dad to son Mingus Lucien (born 2000) from his previous relationship with a supermodel, Helena Christensen from 1998-2003.

Inglourious Basterds star walked down the aisle with her fiance, Guillaume Canet on 1st September 2001, Boulogne-Billancourt. Canet is a French actor, director, and screenwriter to whom she first met on the set of Nachtcafe in 1997.

After years of dating, the couple engaged at an intimate ceremony. Moreover, they also starred together in the 2005 movie, Joyeux Noel.

The married, however, didn't last for long due to their bi-coastal wedding. In an interview with Sydney Morning Herald, she said that their marriage wasn't successful because their career departed them in different parts of the world. Nevertheless, the duo is good friends even after their separation.

Before her affair with Reedus, she was in a relationship with an American-Canadian actor, Joshua Jackson in 2006. The former couple dated for over eleven years.

Net Worth & Source of Income

Diane Kruger summons an impressive wealth from her works. So, her net value is $24.5 Million as of 2019. Similarly, her better half has a whopping bank balance of $18 Million.

Kruger makes fruitful earnings from her profession. So, her annual income is between $3 Million to $5 Million. She also earns an extra income from her other works which include advertisement, endorsement deals, etc.

Diane is receiving a handsome payroll as a brand ambassador for Swiss watch manufacturer, Jaeger-LeCoultre. She also became the global spokesmodel of L'Oréal in December 2009. She is also the latest face for Calvin Klein's newest fragrance line, Beauty since May 2010.

Diane Kruger and her love partner, Norman Reedus bought a house in New York City, New York at $11.75 Million in 2018.

Their house consists of four bedrooms, three bathrooms on 3,800 square feet. Moreover, there are also eight fireplaces, three exposures in their home. So, Kruger is living a lavish life with her longtime partner in their 19th-century townhouse.

Check Out More Interesting Biographies and Gossips At Married Celeb!!!