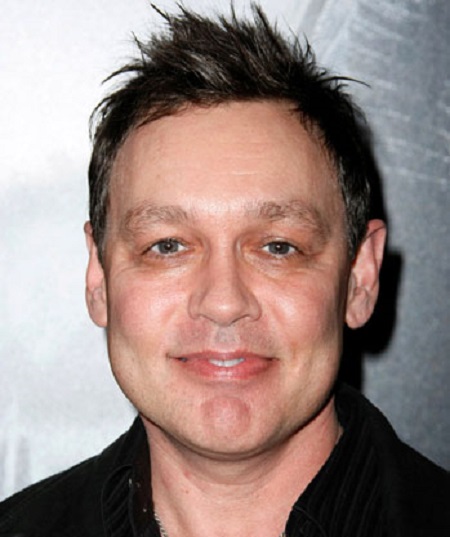 Doug Hutchison is an American actor and reality TV who is best known for playing the character of Horace Goodspeed on the ABC cult series, Lost in 7 episode from 2007–2009. In addition to that, he is famous for portraying as Eugene Victor Tooms on the series The X-Files from 1993 to 1994.

Doug Anthony Hutchison was born on May 26, 1960, in Dover, Delaware, the United States to the father, Richard Hutchison and mother, Deloris Hutchison. Further, he has one brother named Erik Hutchison. He studied at Bishop Foley High School and is graduate of Apple Valley High School (1978). Later, he studied at the University of Minnesota and studied Juilliard School in New York City.

Yes, Hutchison, aged 60, and Courtney, 25, who made headlines due to their age gap in the past are no longer together. The couple who first met during an acting class exchanged the wedding vows on May 20, 2011, in Las Vegas, Nevada.

During that time, their relationship drew lots of controversy and criticism due to their age differences. Doug was 50 while Courtney was just 16. It was also reported that singer-songwriter's dad Alex John Stodden was also 4 years younger than his son in law Doug.

After two and a half years, they stated that they were ending their matrimony on November 1, 2013. But in August 2014, they gave another chance and had reconciled. Afterwards, the couple revealed that they were expecting their first baby together on May 17, 2016.

But sadly, Courtney had suffered from a miscarriage in her around three months of pregnancy. And she said it deeply impacted the marriage. On their 5th anniversary on May 20, 2016, Stodden and Hutchison renewed their wedding vows again.

But suddenly, it was announced that parted their ways in January 2017 but still were living together at the same house. The Mother/Daughter Experiment's star filed a divorce petition in March 2018 where she did not request for spousal support. Finally, the couple finalized their divorce on March 3rd 2020.

His First and Second's Marriage Details

Before Courtney Alexis, he has been in a marital relationship with his two beautiful wives. His first marriage was with actress, Kathleen Davison.

They were married in 1999 and had divorced in 2002 after being together for three years. Then, Hutchison, the 1.68 m tall tied the knot for the second time with Amanda Sellers in 2003. Two years later, they officially ended their marriage in 2005.

Doug Hutchison has an impressive net worth of $3 million as of early 2020. He has amassed her fortune throughout a decade of an acting career as actor and reality TV star. Similarly, Miss Kay Robertson is another reality TV star with the worth of $15 Million ‎. On the other hand, his current wife Courtney's worth is about $500 Thousand.

Well, Hutchison has made his TV debut by playing a small role Sproles in 1998's film Fresh Horses. To date, he has appeared in numerous hits movies, which have collected excellent revenue at the Box-office. In 1999, he acted as Percy Wetmore in Frank Darabont's film, The Green Mile, which grossed $286 million against $60 million budget.

His other films including Batman & Robin, Con Air, and A Time to Kill, have earned $238.2 million, $224 million, $152 million worldwide respectively. Some of his hit television shows are The Young Riders, The X-Files, Space: Above and Beyond, The Guiding Light, and Law and Order: Special Victims Unit.

Apart from that, he has a production company, Dark Water Inc.