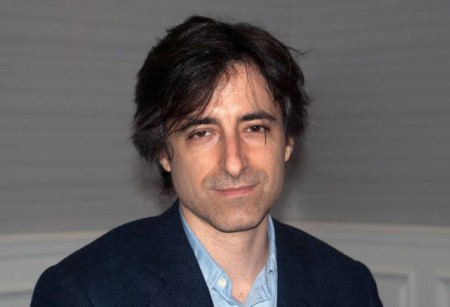 The Academy Award nominee, Noah Baumbach is an American film director best known for making dramatic comedies. He wrote the screenplay for the 2005 'The Squid and the Whale' along with directing films such as Margot at the Wedding, Frances Ha, Mistress America, and Marriage Story.

From his career, Baumbach managed to earn a decent net worth. Noah is currently living with his partner of eight years, Greta Gerwig, an actress, writer, and director. Previously, he married actress, Jennifer Jason Leigh in 2001.

The 50-year-old film director, Noah is dating an actress and filmmaker Greta Gerwig since late 2011. They welcomed their first child, a son in March 2019. Despite dating for nearly a decade, the partners are yet to tie their wedding knot.

The couple values their privacy when it comes to their relationship and took the same lowkey approach when it came to Gerwig's pregnancy and birth.

It seems Noah and Greta are happy with each other's solidarity. Noah often praises his lover for her sense of humor and talent. Further, she became nominated in 2018 for an Oscar for her directorial debut, Ladybird. She is the first woman in eight years and one of only five women in Oscar history to be nominated for Best Director at the 90th Academy Awards.

How did the romance begin?

The filmmaker first casted the lovely actress opposite Ben Stiller in the 2010 comedy-drama film, Greenberg. They quickly developed an instant bond. Things between them started getting serious with the 2013 release of Frances Ha. Also, the film is the first time collaboration between the partners.

Noah and Greta have collaborated on several films including Frances Ha, Mistress America, and The Meyerowitz Stories. Currently, they are enjoying their parenthood along with making films. Greta is busy promoting her directorial drama, Little Women, while, Noah just finished the premiere of his Netflix, Marriage Story.

After separating from his first wife, Jennifer, Baumbach, and Gerwig firmly place the start of their affair. Throughout their relationship, the lovebirds kept their romance low-key. However, they stepped out holding hands together at the 2018 Oscars and Golden Globes.

YouTube: Greta Gerwig and Noah Baumbach have signed on to co-write, Barbie!

During their relationship, Greta became Noah's co-writer and his on-and off-screen muse. According to Variety, Noah and Greta have signed on to co-write the film about the world's most famous doll 'Barbie.' The film will see Margot Robbie as the lead actor.

Bauchman was previously married to actress Jennifer Jason Leigh. The former husband-wife duo met in 2001 while Jennifer was starring on Broadway in proof. They had their first dinner together with Leigh's co-star in Proof.  Afterward, they began dating.

After four years of dating, Baumbach and Leigh married on September 2, 2005. The former spouses first collaborated with the film, Margot At The Wedding which starred Nicole Kidman and Jack Black.

Their son, Rohmer Emmanuel Baumbach was born on March 17, 2010. Everything was going perfect, until Leigh filed for divorce from Baumbach in November 2010 citing irreconcilable differences. Their divorce was finalized on September 2013.

The terms of their settlement agreement remained confidential. Further, the court documents and additional reports stated that the couple equally divided all of their community assets and liabilities. Also, they resolved all custody and child support issues.

The talented filmmaker, Noah Baumbach, has a net worth of $16 million. The Academy Award nominee for Best Original Screenplay, Baumbach's income comes solely from directing and writing the screenplay for the movies.

Some of the movies which have been produced and written by Baumbach has a decent box-office record.

Noah co-directed a documentary film called, De Palma alongside Jake Paltrow. The film which is about the legendary director, Brian De Palma, earned critical success. His girlfriend, Greta, has a net worth of $4 million.