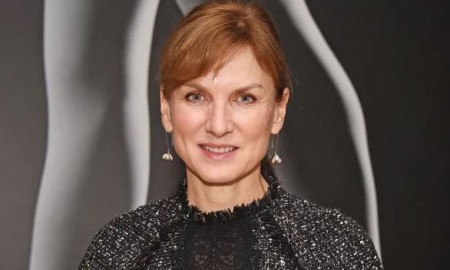 Who is Fiona Bruce?

In the world of journalism, only a few female individuals have been able to leave their footprints. Some of them are remembered for their charisma while others are known for their professional delivery. Similarly, today we will talk about Fiona Bruce, who has thirty years of experience in media. Like English journalist, Davina McCall, Bruce is one of the highest earning reporters. So, let's know who she is and what are her contributions?

Fiona Bruce is a British journalist, newsreader, and television presenter best known for her association with BBC News. She joined the BBC as a researcher for a documentary program in 1989. Further, she has presented many flagship programs for the corporation including BBC News at Six, Crimewatch, Real Story, Antiques Roadshow, and Fake or Fortune? Additionally, since January 2019, she has been the presenter of the BBC One tv program, Question Time.

Fiona was born as Fiona Elizabeth Bruce on April 25, 1964, in Singapore, Federation of Malaysia. She was born to an English mother and a Scottish father, who was the regional managing director of Unilever. Although born in Singapore Fiona's nationality is British. Also, she has two elder brothers.

Talking about her education, she attended Haberdashers' Aske's Hatcham College in New Cross, London. During this period, she also modelled for the stories in the teenage girls' magazine Jackie. Likewise, she read French and Italian at Hertford College, Oxford and also attended the University of London Institute in Paris.

At the beginning of her career, Fiona worked in a management consulting firm and later worked at a number of advertising agencies. From 1994 to 1995, she was a reporter on the BBC2 current affairs program called Public Eye and then reported for Panorama and Newsnight.

Talking about the BBC's well known reporter, Fiona Bruce is a happily married woman. She has been a wife to her husband for nearly twenty years. So, who is her husband and does she have any children?

Fiona is married to her longtime husband, Nigel Sharrocks. The couple first met when Fiona was working at an advertising agency. Luckily, Sharrocks was the director. Additionally, he is non-executive chairman of Digital Cinema Media.

After dating for a while, the couple married in July 1994, in Islington. Fiona and Nigel are proud parents of two children a son named Sam born on January 1998, and a daughter named Mia born on November 2001.

As of now, the couple are extremely happy with their solidarity and there are no rumors of their separation.

How much money does Fiona Bruce has in her Bank account? Well, she has managed to make quite a fortune from her three decade long journalism career. The British journalist, news reader, and television presenter Fiona Bruce has a staggering net worth of $2.9 million (£2.4 million). For your information, few female journalist has such kind of net worth and they are Carol Kirkwood and Emily Maitlis.

But do you know she has been accused of avoiding taxes? Fiona has a company called Paradox Productions which is said to be a set up for avoiding 50% tax rate. Despite some accusations, she has won Television and Radio Industries Club Awards for Newscaster and Reporter in 2003, 2006, 2007, and 2008, respectively.

Apart from earning huge chunks of money, Bruce also does several charity works. She is an honorary vice president of optical charity Vision Aid Overseas (VAO). In 2009, the National Society for the Prevention of Cruelty to Children (NSPCC) inducted her into its Hall of Fame in honour of her continued work on their behalf.  In 2017, she was ranked the female Rear of the Year title in 2010.

Stick on marriedceleb for celebrity bio and articles.