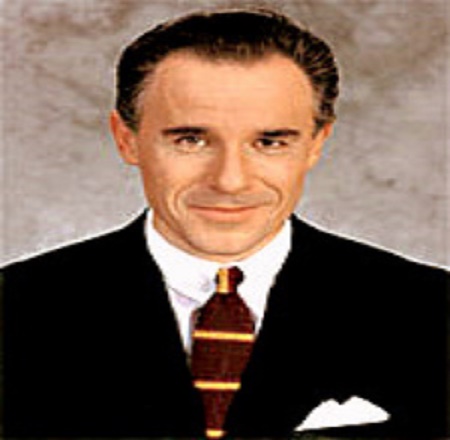 Legal Analyst, Jay Monahan formerly worked atNBC News, served high profile cases such as the O.J. Simpson trial. Besides, he was known as the late husband of renowned Journalist and author, Katie Couric.

Late Legal analyst of NBC News, Jay Monahan, is the first husband of CNN reporter Katie Couric. They married on January 24, 1989, in Washington, in front of their family members and friends. Likewise, the couple first met while Jay was working as a lawyer, and Couric was serving NBC news reporter.

Additionally, the duo shared two beautiful daughters from their 9 years of married life. They welcomed their first daughter, Elinor Tully Monahan, on July 23, 1991, and they became parents for the second time with the birth of Caroline Couric Monahan on January 5, 1996.

The two sisters are big fans of Comedy Central show, Broad City, and also appeared on a television ad at a "Got Milk?". Ellie completes her graduation from Yale University in 2013 while Carrie graduated from Stanford in the year 2018.

In addition to that, Jay's older baby Elinor 28 is now engaged to her fiance Mark Dobrosky onFebruary 10, 2019. The two met each other at Yale University.

According to Katie's statement, Mark intended Elinor with the engagement ring received from her late husband, Jay, on the special day of this lovely couple. She claimed she is wearing the ring her Dad gave to her.

After the death of Monahan, the mother of two finally found her soulmate, John Molner. By profession, John is a former banker and current renowned financier. The lovebirds first shared two years of dating affair and got engaged in September 2013.

According to People Magazine, John presented Katie with a dazzling diamond ring at sunset on the beach in East Hampton, New York. Later, they take wedding vows on June 21, 2014, in Easthampton, Newyork, in the backyard of Katie's home.

The bride stunned in a white gown featuring the 5.5-carat diamond earrings and a diamond bracelet, while the groom wore a navy gray suit on the wedding day.

Jay first diagnosed with colon cancer in 1997, which devastated his family forever. His second daughter was just a year older at the time of his death.

Journalist wife said Jay's illness made her life go from "complete contentment to complete chaos." He eventually lost his battle with cancer on January 24, 1998, after being sick for nine months. She stated:

"I wish that I had the courage to really talk to my husband about the fact that he was probably going to die. It was too terrifying," Katie said. "I think that prevented me ... from ever really saying goodbye."

Couric has since become a cancer advocate and also co-founded the organization named "Stand Up for Cancer Charity. Besides, she balances her flourishing career with motherhood.

Working as a legal analyst, Jay Monahan might earn a good amount of money from his profession. So far, his wife Katie Couric shares the whopping net worth $75 million as of 2019 from her journalism career. Her annual salary is around $7 million.

In 1998, Wife Couric signed a $28 million four-year deal with NBC. Similarly, in 2002, she signed a new contract worth over 65 million for 4 1/2 with NBC news. Therefore, the deal made her the country's highest-paid news personality.

In addition to this, after her husband's untimely death, Katie Couric organized a campaign to raise money for research and testing to fight colon cancer. Her campaign also raised over $10 million in 2000. The non-profit has raised over $600 million to fund 1,600 researchers; many of them work in what the non-profit calls "dream teams."

As an author, she wrote several children's books include Blue Ribbon Day, and The Best Advice I Ever Got: Lessons from Extraordinary Lives.