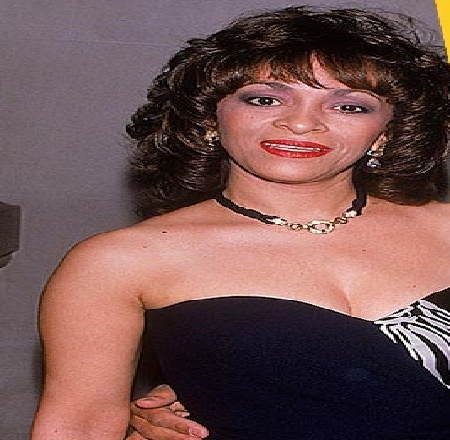 June Baranco is widely recognized as the celebrity wife of the sports journalist, Bryant Gumbel. Her former husband is 4 time Emmy winning TV reporter famous for his sports hosting in several TV channels such as CBC and NBC.

Although Baranco is not a celebrity, she came to limelight because of her partner, Gumbel. Moreover, she was born on 22nd June 1948 to the American parents in the United States.

Divorce With Bryant Gumbel After 28 Years Of Married Life

The black hair lady was previously married to her soulmate, Bryant Gumbel. They shared the wedding vows in front of their family members on 1st December 1973.

The couple's marital relationship, however, did not go well as they and filed for the divorce in 2000. As a matter of fact, Baranco accused him of cheating with a mistress for years and also leaving her broke despite earning a salary of $5 million.

In August 2001, the former pair's divorce was finalized after being together for nearly three decades. Following the rules of court, Bryant gave away properties of Westchester estate as well as Upper East Side apartment to his ex-wife June.

Together, Mother, June, and father, Bryant, is blessed with two kids. Their first kid Bradley Christopher Gumbel was born in 1978. Similarly, they welcomed their second baby daughter Jillian Beth Gumbel in 1984. Despite the parent's division, the two kids Bradley and Jillian, still share a good connection with their dad.

The younger child, Beth, moreover is happily married to William Russell Robins since November 2011. The couple also shares two kids whose information is kept hidden by the parents.

After a year of divorce with June, NBC reporter tied the knot for the second time with his current spouse, Hilary Quinlan. By profession, she is a former researcher for Goldman Sachs.

The husband-wife pair shared the wedding vows on 24th August 2002 among their loved ones.  Now, their marriage life turned out to be blissful as they are happily together for seventeen years.

Additionally, the pair  is often spotted together in several social gatherings events and seemed to live happily. The couple, however, is yet to welcome their offspring.

In 2016, former "Today" and "Early Show" co-anchor Bryant announced that Tumor had been removed from his lung. Also, there was a rumor that he had lung cancer, but a source confirmed that lung cancer was not his illness.

The news broke out when NBC anchor said that there were some tumors around his lungs with Regis Philbin on Live with Regis and Kelly, although he wasn't a smoker. He also underwent surgery to remove a malignant tumor and some parts of his lungs that had the disease affected.

Currently, the sportscaster lives a healthy life and enjoys his life with his family.

Bryant Gumbel is an American journalist who has acquired a grand net worth of $25 million as of 2019. He has assembled his most part of his fortunes as a TV sportscaster.

Gumble moreover makes an outstanding salary of about $6 million from his workstation for his hard work and determined commitment. Likewise, he is well famous for hosting The Early Show of the CBS as a host from 1 November 1999 to 7 January 2012.

Asides reporting career, Gumbel has acting credits in many films include Contact (1997), The Weather Man (2005), and among others.