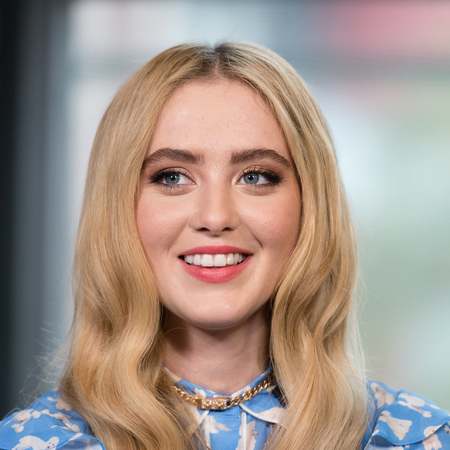 Kathryn Newton is an American film and television actress. Moreover, she is popular for playing the roles as Louise Brooks in the CBS's Gary Unmarried(2008-2010), Abigail Carlson in Big Little Lies(2017-2019), and Allie Pressman in the Netflix's teen drama series The Society(2019). Furthermore, Newton has also appeared in many films like Bad Teacher(2011), The Martial Arts Kid(2015), Lady Bird(2017), Blockers(2018), Detective Pikachu(2019), and so on.

She was born as Kathryn Love Newton on February 8, 1997, in Orlando, Florida, USA. Besides, she is the only child of Robin Newton(mother) and David Newton(father).  When she was twelve, her family moved to Los Angeles. Newton has been golfing since she was a child and at age 8, she began playing tournaments.

Kathryn attended Notre Dame High School where she was a member of the girl's golf team. However, she postponed college to pursue her acting career. She is a walk-on member of the University of Southern California women's golf team.

Well, a beauty with brain, Kathryn, 23, is probably leading a single life. As we don't have much information on her boyfriend and past affairs until now. Besides, she is fully focused on her career building rather than wasting her time on relationships or rumors.

However, there is a rumor that she might be in a romantic relationship with Brandon Thomas Lee. But, Kathryn has either confirmed or denied on their relationship. Apart, Kathryn openly speaks that Brandon is good friends of her. As they known each other since their high school time.

Nevertheless, she is just like a free bird who loves to do the thing that makes her happy. Besides, she also spends her free time with her family and friends by hanging out and going on vacation. She has three Poodle dogs. As of now, she is just enjoying a happy moment of life with her family.

Kathryn Newton's Net Worth & Earning in 2020

The Netflix teen drama series The Society actress, Kathryn has collected an impressive amount of net worth from her career. Furthermore, he has an estimated net worth of $1 million as of 2020. Nevertheless, the average salary of an actress/actor in the United States is around $50,000-$60,000.

The 165 cm tall, Kathryn started her career at age 4, making her television debut on the soap opera All My Children, playing Colby Marian Chandler from 2001 to 2004. Apart, she appeared in Gary Unmarried as Louise Brooks from 2008-2010. Moreover, her career in Hollywood began in 2011 from film Bad Teacher.

Besides, she also appeared in films like  The Martial Arts Kid(2015), Lady Bird(2017), Blockers(2018), Detective Pikachu(2019), and many others. She worked in Supernatural(2014-2018) and Big Little Lies(2017-2019). Recently, Kathryn played in Netflix's teen drama series, The Society as Allie Pressman along with Olivia DeJonge, Gideon Adlon, Rachel Keller, Kristine Froseth, Jacques Colimon, Natasha Liu Bordizzo, and so on.