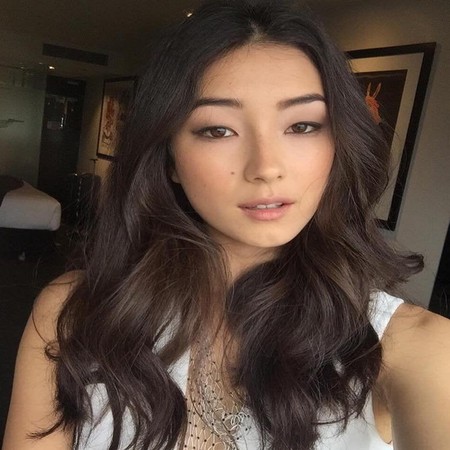 Natasha Liu Bordizzo is an Australian actress and model. Moreover, she started her career portraying the character of Snow Vase in Netflix's Crouching Tiger, Hidden Dragon: Sword of Destiny in 2016. Besides, she also popular for her acting on The Greatest Showman(2017), Detective Chinatown 2(2018), Hotel Mumbai(2018), and many others. However, she came into limelight recently in 2019 when she played the role of Helena in Netflix's The Society.

Netflix's The Society actress, Natasha Liu Bordizzo was born on August 25, 1994, in Sydney, Australia. Moreover, her mother is Chinese and her father is of Italian descent. Further, she holds an Australian nationality and belongs to mixed ethnicity. She completed her high school from Sydney Girls High School. Later, Natasha went to the University of Technology Sydney to study Bachelor of Communication (Media Arts and Production)/Bachelor of Law.

Well, Natasha, 26, is currently leading her single life. As we don't have any news about her boyfriend or affairs until now. It seems like, he loves to keep his personal life far away from the media and public range. Although being a celebrity actress, we don't have any rumors and controversies related to her.

Moreover, she is fully focused on her works and profession. As of now, she is one of the most eligible bachelors who has grabbed a lot of attention from youth. Apart, she is just like free birds and loves to do the thing that makes her happy. Nevertheless, Natasha is a model and loves to travels to a new place for her works. As of now, she is just enjoying her single life with her family.

Apart, she has also worked as a model for many brands so, the average salary of the model ranges $54,000. Apart, she appeared in the movie, The Greatest Showman in 2017 which has box office collection of $435 million over the budget of $84 million.

Apart, she also worked in the movie, Detective Chinatown 2 which box office collection is $544.1 million. Besides, she is also present on Instagram @natashaliubordizzo with 576K followers. So, she might earn around $3,000-$3,500 per post on Instagram. As of now, she is living a lavish life with her family.

Talking about professional life, Natasha's career started during her college life when she was cast in a leading role in the sequel to Crouching Tiger, Hidden Dragon. Moreover, she got the part because of her martial arts background, English fluency, age, and look. As she has a black belt in Taekwondo. Apart, she moved to Los Angeles to pursue an international career.

Nevertheless, her big breakthrough came from the movie The Greatest Showman in 2017. Apart, she also worked in the movie Hotel Mumbai(2018), based on the 2009 documentary Surviving Mumbai about the Mumbai attacks in 2008 at the Taj Mahal Palace Hotel in India. However, she is also popular for her work in Netflix's The Society as Helena in 2019. She appeared in series along with Kathryn Newton, Olivia DeJonge, Gideon Adlon, Rachel Keller, Kristine Froseth, Jacques Colimon, and so on.