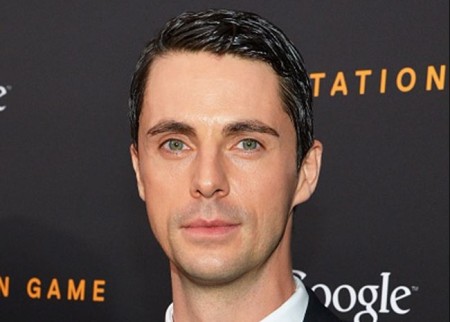 Since 2018, Matthew Goode has been appearing as Matthew Clairmont in the British television program, 'A Discovery of Witches.'  The 41-year-old, Matthew is an English actor whose breakout role was in the 2004 romantic comedy, 'Chasing Liberty.' He has worked in numerous successful movies such as Watchmen, The Imitation Game, Allied, etc among others.

One of the critically acclaimed British actors, Goode's notable television roles include Downtown Abbey and The Good Wife. His role in the 2017 TV series, 'The Crown' earned him a Prime-time Emmy Award for Outstanding Guest Star in a Drama Series. Apart from his acting skills, Goode's fans are always curious to know about his personal life, so let's know in detail.

The Leap Year actor who appeared alongside Amy Adams in the movie is a happily married man. Matthew Goode's wife and the mother of his three kids is Sophie Dymoke, a former sales director and an interior designer. The couple married in 2014 after their second child was born. As of 2020, Goode and Dymoke has been together for over five years as husband and wife.

How did they meet? In the 2010 interview with metro.co.uk, Goode revealed he first met his then-wife when he was living in Clapham. Well, she was a friend of his neighbor. They began a romantic relationship in 2005 and lived as partners for nine years until they got married.

Know a little about Matthew's wife. Sophie was born around 1982 and she attended the Sacred Heart School. She graduated with a Bachelor's degree from the University of Wales. Also, Sophie worked as the head of sales for a company called 'Alice+Olivia.' Additionally, she works in the field of interior designing.

Goode and his wife, Dymoke shares three children of which two of them are daughters and a son. Their first and second child was born before their marriage. So, let's know their children's details.

Matthew Goode in The Crown

The Crown is one of the best historical drama web television series whose first season aired on Netflix on November 4, 2016. Luckily, Matthew's role as Anthony Armstrong-Jones earned him a Prime-time Emmy Award nomination.

In the series, The Crown, Goode appeared alongside actors such as Claire Foy and Matt Smith, among others. Currently, Matthew stars in the television program series, 'A Discovery of Witches.'

The handsome actor began working in the entertainment industry since 2002. One of the finest actors, Matthew Goode has a  net worth of $3 million as of 2020. The primary source of his income comes through acting career.

The average salary for an actor depends upon the projects of an actor.

To know more about your favorite celebrities, follow marriedceleb.com