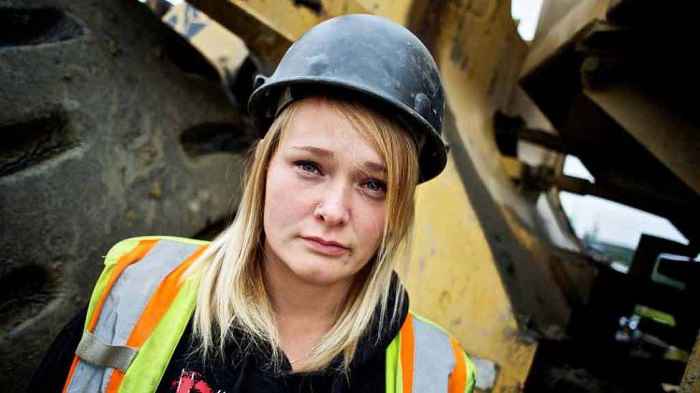 In the gold mining business, Monica Beets is one of the few female gold miners. As per Tony Beets, Kevin, Monica, and Mike might be the last miners in the area. The viewers of Gold Rush know Beets is just like her dad and have a great instinct in finding gold.

In 2019, Monica tied the knot in an emotional wedding ceremony. The marriage also featured in the Discovery channel, and the fans can view highlights of it on YouTube. But if you want more details about her personal life, then read along.

Who is Monica Beets?

Monica is a Canadian reality star, well known for her appearance in the television show Gold Rush along with her father, Tony. The show aires via Discovery Channel.

Beets was born on 7th November 1993, in Dawson City, Canada to her celebrity father Tony and mother Minnie Beets, who is also a reality TV personality. Monica is of White ethnicity and holds Dutch-Canadian nationality.

She grew up alongside her four siblings including, two sisters Jasmine Beets and Bianca Beets and two brothers Michale Beets and Kevin Beets.

Unfortunately, her sister Jasmine passed away due to a weak health condition. Monica was only two and a half years old during the time.

At the age of twenty-one, Beets began her career and appeared in the television reality show Gold Rush with her father, Tony Beets. Previously, Monica was interested in Primary Care Paramedic work and wanted to serve patients.

Is Beets Married or Dating boyfriend?

As per many of Monica's past tweets, fans guessed that the pair might've started dating in 2014. Again, in 2016, Beets's Twitter post suggests that her boyfriend and her father get along very well.

Monica, however, did not confirm anything about her love life in the past. As of now, the duo is living in a blissful marital life and is looking forward to having a child.

Past Relationship with Brandon Harper

Beets was in a relationship with her former boyfriend, Brandon Harper. They dated for a long time but broke up at last, and the reason behind it is still unknown.

But as per Monica, she never dated Parker. In the statement by Parker Schnabel, he said that he has a crush on his reality show member Beets. After the statement became viral, Monica tweeted immediately saying:

As of now, Harper is busy with his career, and Monica married to Taylor.

How much does Monica Beets Earn?

Monica's total net worth is estimated to be $1 million. According to sources, she earns mostly from her TV career in Gold Rush. Beets has not confirmed anything regarding her wealth whatsoever.

Beets make a right amount of money from her career as a television personality and reality show star. As per Gazette Review, She makes more than $200 thousand every year from reality shows.

Not just that, her father, Tony Beets, has an enormous amount of wealth of $15 million. In the coming years, Monica and her siblings might receive some assets from her parents.