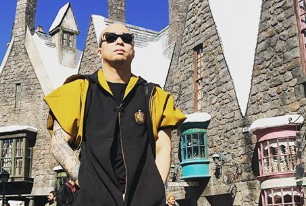 Neil Arce is one of the popular personalities present in the Philippines. He is poker by profession and he rose to fame after as a champion of the 2009 Asian Poker Tour Philippines in Dusit Thani Hotel. Likewise, people praise their gaming talent and skills.

Not only poker but he has also produced films such as First Sight, Last Night and others. As a successful gamer, he managed to earned a huge amount of name and fame. But, people are more curious to know about his personal life and marriage. As per some sources, he also has a son. Let's get all the details;

Neil Relationship With His Girlfriend

Angel and Neil were seen first in April 2017 when they were spending Holy Week in Hong Kong. Angel Locsin is a famous Filipina actress, film producer, and fashion designer. Moreover, he also gave a surprise party on her birthday.

As of now, the couple is together for more than 2 years without any sign of separation rumors. They seems inseparable and with passing time, their love is getting stronger.

On June 29, 2019, Neil shares a picture on Instagram with an engagement ring on his hand captioning, "Excuse me miss, I have a question" which raises several questions of his engagement with Angel.

As a poker, Neil must have dated plenty of beautiful girls and has the skill to impress girls. Initially, Arce dated Maxene Magalona, a Filipina actress from 2010 to 2012. Moreover, Maxene is best known for starring in films such as My Lover, My Wife, and Daddy Di Do Du.

Afterward, Neil was in romantic affair Bela Padilla who is also a Filipino actress, film producer, model, and screenwriter. The pair were together for four years and broke up in 2017.

As we know, Neil is an unmarried man but he has a son, Joaquin Arce. He, however prefers to keep his son's mother information confidential.

Many of his fans and followers speculate Angel might be Joaquin biological mother, but nothing has officially confirmed. Whatever so, the reason behind his son's hidden information, the gamer isn't affected by any rumors and controversies.

Arce has a net worth of $2 million (as of 2019). Likewise, his fellow poker player Dan Bilzerian and Adam Bilzerian have also accumulated millions of dollars from poker profession. Until now, his live tournaments winnings is $400,000 with a high win rate. Moreover, he is also a shareholder in one of the popular poker club, the Metro Card Club. So, he must be earning a hefty sum of money from it too.

Besides his poker career, he is also a film producer and produced a couple of films until now. More to that, he must have added a decent sum of money from it to his net worth. But looking at his lavish lifestyle and net worth, he might be earning over $200,000 per year.

Neil Arce is a professional poker born in the Philippines in the Arce's family, popular for producing one of the quality ice creams in the Philippines. The brand name of their ice-cream was, Selecta. His nickname is Dirty Ice Cream.