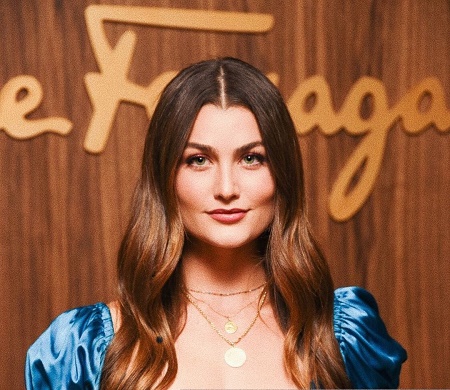 Rachel Lynn Matthews was born on October 25, 1993, in Los Angeles, California, the U.S to the parents Leslie Landon and Brian Matthews. She is American citizen and is of white ethnicity. So far, she is a graduate of New York University.

Is Rachel Matthews' Dating Anyone in 2020?

The 26-year-old beautiful actress is a single woman at the moment. Moreover, she doesn't want to speak about her love affairs or relations on social sites or media.

Rachel who played Margot Pyle's role in Batwoman, is a very secret girl when it comes to revealing her personal life. And searching through her social media hasn't found any trace of her other half.

Not only that, but up to now, even Matthews keeps herself away from unnecessary speculation and scandals. She is, therefore, living a single happy life as of early 2020.

Has Tested for Coronavirus (COVID-19)

The American actress, Rachel has tested positive for coronavirus 2020. She announced the news in her Instagram story late Monday, revealing she has been in quarantine for the past week.

Unsure of what the next step is (been getting mixed info so will keep you posted) but obviously will remain in quarantine until told to do otherwise. I'm feeling better but I will be posting some info that I hope will be helpful to some.

Rachel Matthews has gained enormous net worth from her professional acting career. Her wealth is estimated at about $1 million as of early April 2020.

Check out the official trailer for Rachel's movie Frozen 2!!!

In addition, Rachel starred in MS White Light and in Frozen II, starring Sherri Saum. And the computer-animated American 3D film has risen to $1.45 billion worldwide, making it the third highest-grossing film of 2019.