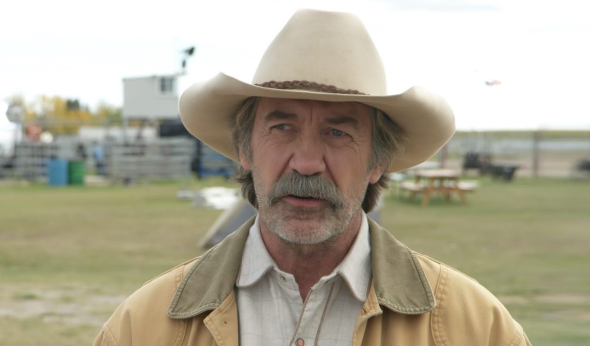 Who is Shaun Johnston?

Shaun Johnston is the actor-director who is popular for his performances in film and television industry. The star is famous for his role in the 2007 series Heartland where he plays the recurring character of Jack Bartlett.

With a passion for acting at a young age, Johnston trained for several years before earning his first role as Jerry in the 1990 film Blood Clan. Since then, he has earned his fame in a rapid phase. If you want to know more about Shaun's age, wife, net worth and so on, we suggest you to read the whole article.

Shaun Johnston was born on September 9, 1958, in Edmonton, Canada. Johnston holds Canadian nationality and belongs an English ethnic background. The star played basketball during his time in high school and was interested in fashion photography as a child.

For further studies, Johnston received a degree in business from Red Deer College. In the same way, he also earned a BFA from the University of Alberta’s selective drama program.

Johnston initially started off as a co-founded the Shadow Theatre in Edmonton. He has appeared in Two Brothers, a Girl, and a Gun in 1993.

In the same year, Shaun also appeared as Rich Dearden in the TV series Destiny Ridge. Some honorable movies and TV series Johnston has appeared in are Delmer & Marta, September Dawn, Caution: May Contain Nuts, A Heartland Christmas, Bury My Heart at Wounded Knee. Besides acting, he is also credited as a director and a credited as a producer.

Shaun's age is 60 as of 2019. Johnston has a height of 6 feet 1 inch (1.85 m) tall. Johnston has a blonde/grey hair and his eyes are blue. No other information about his body measurement and weight are available on the internet.

The successful actor, as well as producer and director, is a married man. Johnston is married to Sue Johnston.

There are no further details about Shaun and Sue marriage including the date of their wedding ceremony. The marriage seems to be going strong as there is no news regarding any extramarital affairs and scandals as of now.

They also haven't revealed any details about the children they share. Shaun likes to keep his personal details to himself so he rarely makes a public appearance with his wife.

Despite his busy schedule, he does make time for his friends and Family.

So we can say the hatted TV cowboy is a family man in every sense.

Shaun has earned a pretty good amount of money from his successful career. Now the real question is how much is Shaun Johnston's Net Worth? Any guesses?

The actor serves the titular role in most of his projects earning him millions from his project. Johnston has earned $1 million worth sum of money. The actor Shaun hasn't revealed anything about the car she rides and home she lives in.