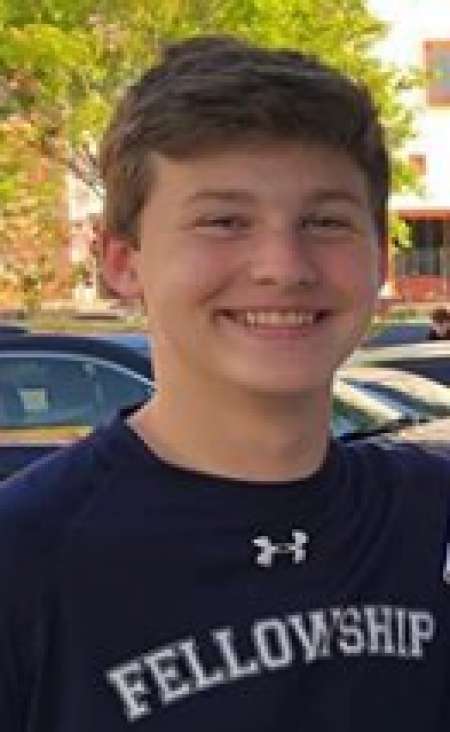 Who is Tristen Jones?

People don't always rise to the stardom from their names. Some of them steal the limelight with the help of their partner, family, or parents. So today we have brought you the article of an individual who is famous as the son of Chipper Jones who is none other than Tristen Jones.

Jones was born in 2005 to father Chipper Jones and mother, Sharon Logonov. He holds an American nationality and belongs to white ethnicity. As per his birth year, he is 14 years of age. He must be in his high school and pursuing his career in something of his interest.

Similarly, Jones has not discussed his career, akin to his father Chipper Jones who rose up during his high school days playing baseball. Chipper was the number one overall pick of 1990 MLB draft and was Atlanta Braves primary third baseman from 1995 to 2012.

Tristen is a teenage boy who is probably in high school. Till date, he has not disclosed anything about his relationship. In consideration of that, he is much into his studies. At present, he lives with his father and stepmother. Talking about his father, he has multiple marriages records.

Chipper met his first wife, Karin Fulford while playing for the Braves class A in Georgia. They eventually started dating and decided to marry his longtime sweetheart Karin Fulford in 1992. However, the relationship could not last long due to Jones alleged affair with a waitress.

Likewise, Jones and Karin's relationship came to an end in 2000 when the news spread about Jones having a child named Mathew Jones from his affair. Subsequently, Jones started dating Tristen's mother, Sharon Logonov in the same year.

Surprisingly, Jones exchanged the wedding vow with Sharon on March 2000. The couple had three sons Larry Wayne III Jones in 2000, Tristen Jones who was born in 2005 and Shea Jones in 2004. The couple was living happily in a marital relationship; unfortunately, disputes occurred between husband and wife. As a result, the duo legally separated in 2012.

After remaining for some time in misery, he started seeing playboy model Taylor Higgins. Further, they turned their three years of the romantic bond to marriage. Their wedding was held on June 14, 2015, in a private ceremony.

Shortly, the couple was blessed with baby boy Cutler Ridge Jones on January 2017 and another son Cooper Jones on August 9, 2018. Likewise, the family of six children lives a happy life in their home in Atlanta.

As of now, Tristen has not divulged about his total asset. However, his father Chipper has gathered a whopping amount in nine figures all through his career in sports. Similarly, he used to earn a salary of over $275,000 in his heydays.

Further, Jones signed a six-year deal of worth over $ 90 million with Atlanta Braves, averaging the salary which matched highest in baseball history. At that time, he secured his name in the highest-earning player list.

Additionally, the multi-millionaire retired baseball player Chipper Jones also invests a good part of his income in his business profile. Meanwhile, his net worth is predicted to be over $110 million.

This 14 years old boy is still in his growing phase. Therefore, it's hard to assume the body physics of the child who is developing his physical structure gradually. Moreover, Tristen has black hair clour, and his eyes are brown.

Tristen is not active in social media. But, recently, he was seen in his father's Instagram account celebrating father's day along with the family.