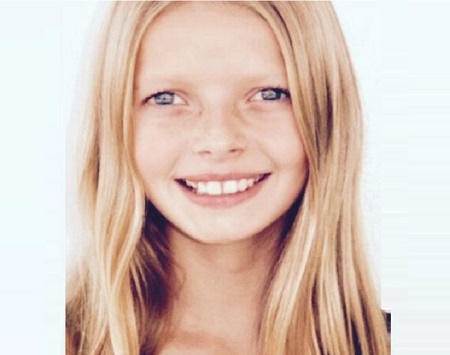 A child has a special way of adding joy every day to the family. Likewise, Apple Martin has also brought happiness to her famous celebrity family.

Who is Apple Martin?

Apple Martin was born on 14 May 2004 in London, England as Apple Blyth Alison Martin. As of now, Martin is 15 years old. Likewise, she is the elder daughter of famous celebrity Chris and Gwyneth. Also, Apple is blessed with one younger brother Moses Martin, who was born in 2006.

Her grandmother name is Alison Martin, who is a music teacher. Apple holds British citizenship and is of mixed ethnicity. As far as her education, she is now in high school.

As of now, Apple Martin is a global star in the making, and it is claimed that as an accomplished dancer, she has endowed acting and music abilities. Likewise, she regularly gives choir performance at school thanks to her impressive guitar skills and vocal abilities.

In 2016, Apple sang a charity song for Ariana Grande and was seen performing at college activities with her father. She seems to follow some well-thought-of her famous parents ' footsteps.

Well.  Apple's parents are the famous celebrity of Hollywood. While her father Chris is an English singer, musician, record producer,  songwriter, and philanthropist as well. Likewise, he is the founder and lead singer of the British rock band Coldplay.

Whereas her mother Paltrow is an  Academy and Golden Globe award-winning actress, singer, writer, and businesswoman.

This beautiful and charming girl, Apple Martin, is just 15 years old, so there is no chance to involved in any kinds of relationship. So having a boyfriend is perhaps future talks. For now, Apple is living a single life along with her mother and brother.

Chris and Paltrow are no more in a marital relationship. Now talking about their marriage details, they exchanged the wedding vows on 5 December 2003 at a quiet ceremony in a hotel at Southern California. The couple first met eachother in October 2002.

Later after ten years of marital relationship, they announced their separation as a "conscious uncoupling" in March 2014 and finally divorced in 2016. After the divorce, the actress Gwyneth remarried to the producer Brad Falchuk in  September of 2018. In the wedding ceremony, Apple and Falchuk's daughter, Isabella, were bridesmaids. Isabella is the daughter of Brad's previous relationship with Suzanne Falchuk.

On the other hand, Apple's father Chris Martin is also in a new romantic relationship with his actress girlfriend, Dakota Johnson. Besides, Chris and Paltrow seem to have a very friendly relationship, especially for their kids since the actress “just wanted to minimize the pain for the children.

Apple Martin is not currently engaged in any profession. Hence, there is no income source of Martin, and her net worth and salary are under review. However, Apple shares the whopping net worth of $120 million and $60 million of her musician father and actress mother, respectively.