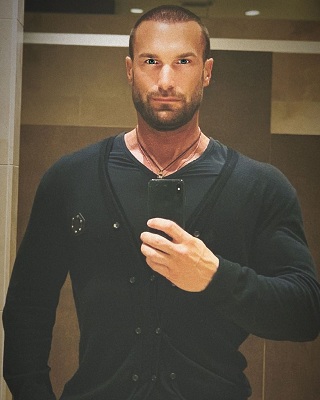 Who is Bastian Yotta?

Bastian Yotta is a German Television star, author and entrepreneur. He is well known for his lavish lifestyle and book titled Mind Slimming: The revolutionary method to the desired weight.

Yotta is also recognized as the participant of the television show Adam Look Eva-Celebrities in paradise.

Bastian was born on 4th December 1976 in Landshut, Germany. Born to his German parents, Yotta is of Caucasian ethnicity and holds German ethnicity. There is no exact information regarding his family background. He completed his graduation in Business Administration Degree, however, the details about the university are not available.

After graduation, Bastian began serving at Insurance Broker in Germany. In the year 2014, Yotta moved to the United States of America and begin his own business. The following year, Bastian made his appearance in the television show named The Life of the Yottas as a fitness guru.

The same year in January, he published a book named Mind Slimming: The revolutionary method to desire weight which gained huge fame and attention.

In 2017, Yotta made his appearance in the television show Adam Looking for Eva-Celebrities in Paradise and went on to finals with his partner Natalia Osada.

Is Bastian Yotta married or single?

The couple received lots of unwanted criticism as they had to move to America. Maria is a well-known model with an enormous number of followers on her social networking sites such as Instagram.

However, the couple began facing issues which result in divorce. After nine years of their marriage, the couple broke up, as Yotta posted a picture on his Instagram with a caption,

''Goodbye Maria. You will remain my bestfriend. Let's move on.''

Whereas Maria has not made any announcements regarding their separation, but it is confirmed that the couple is not together anymore.

After a few weeks of the separation, Yotta posted another picture of a girl with a caption,

''There is magic everywhere...day by day by most people don't see it because their filter is wrong. They complain about everything and what a surprise they attract more and more to complain about. Change you filter and focus on the beautiful things in life and you will attract more of them. Life is a buffet. You chose what you get! I choose love and butt from @misscaune.''

How much is Bastian Yotta Net Worth?

German business Tycoon Bastian earns a staggering amount of money as a television personality, entrepreneur, and from his book. He has probably amassed an excellent amount to his bank balance.

Previously seen as a normal fat guy, now spends more than $100 thousand every month currently runs big software and beauty companies that are worth millions of dollars. His company has a very good turnover and non-profit margins.

With such a huge amount of wealth, he is currently living a very lavish lifestyle. He is seen spending vacation on expensive destinations in luxury.

Moreover, he has a luxury mansion with 10 bedrooms in Beverly Hills. It takes around $100,000 to maintain the house per month. The house has a very large swimming pool that Yotta often does luxurious pool parties.

Bastian is fond of cars, he owns a Ferrari458, Bentley Continental Sport, Lamborgini, and a jet plane. Probably, those automobiles aren't cheap in cost.

Considering all his earnings and assets, the business tycoon Yotta has a total net worth of $1 billion, as of 2019.

As per his birthdate, Bastian is currently 42 years old.

Yotta has maintained his body very fine with abbs and muscle. He stands at a height of 1.75 meters / 5 feet 9 inches and weighs around 141 pounds / 64kg.