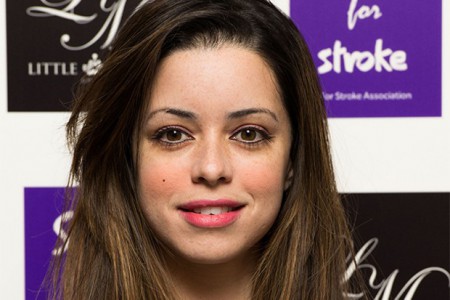 Fame and fortune come to those who constantly pursue their dream in spite of every major difficulty. Like many struggling artists, Tina Barrett paved her way through the British entertainment industry as a singer/songwriter, dancer, and actress. She became renowned after joining the pop group, 'S Club 7' and enjoyed five years of hit singles, tours, and numerous awards.

Since February 2014, Barrett is enjoying her limelight with spin-off pop group 'S Club 3' based in London. The group consists of former S Club 7 members Bradley McIntosh, Jo O'Meara and Barrett herself.

The 43-year-old singer and songwriter is in a romantic relationship with her longtime boyfriend, Paul Cashmore, a professional photographer, and tv personality. Also, Paul appears as an investigator on the British Channel 4 reality show, Hunted.

Tina and Paul first met around 2012, while working on a charity musical video for a song called, The Clapping Song. The friendship blossomed into a lovely relationship and they started dating in 2014.

Is Tina Barrett married yet?

Although dating for nearly six years, the couple is still not married yet. In an interview with OK magazine, Tina and Paul announced that they would get married within a year of the baby being born. At the present moment, they have become parents but still haven't taken each other as husband and wife.

The topic of Barrett's wedding is still a matter of gossip as neither Barrett nor her partner has said anything about exchanging their matrimonial vows.

Gave Birth in her late thirties

As mentioned, Tina is a proud mother of an adorable kid, a son named, Roman Barrett Cashmore who is three years old as of 2019. She announced her pregnancy back in June 2016.

The former S Club 7 band member and her partner even posed for several magazines with their newborn baby. An interesting fact is that Tina gave birth at the age of 39 and she was quite happy about it. But when she was asked about the problem of labour she replied:

"People do say when you’re late 30s, 40s that is it more difficult and you could have complications. That was always in the back of my head when we decided to try for a baby.”

In an interview, Tina also said she wanted to give birth naturally but felt unhappy to go through a C-section, which is a surgical procedure to deliver babies.

The hot singer allegedly dated the 'Friends' star, David Schwimmer back in 2004. They began a romantic affair after meeting at a London magazine awards party in early June. They were extremely low profile and rarely stepped out together in front of the media.

Tina hoped that David would help her launch a career in the Hollywood industry, but sadly their affair didn't last long. Later, David went on to date some women such as Natalie Imbruglia and Mili Avital. Apart from David, Tina has also been linked to rocker Fred Durst of Limp Bizkit.

There is no doubt that Tina is one of the hottest personalities in the British entertainment industry. At the peak of her youth, she was ranked 56 in FHM's 100 Sexiest Girls of 2002 poll, U.K. edition. Her age is 43 years in 2019 and her face doesn't have a single line of wrinkle.

Further, Tina appeared on a segment of a British television program, This Morning in June 2018 and fans were stunned by her youthful looks.

She appeared along with her bandmates Jo O'Meara and Bradley McIntosh to announce their upcoming 90s concert. However, viewers were shocked to see Tina's perfect face and claimed that she could be maximum 25 years old.

This beautiful actress, dancer, singer, and songwriter managed to collect a hefty sum of net worth which is over $8 million as of 2019. She rose to fame after joining the pop group S Club 7 in 1996 and enjoyed major success till 2004.

After the group split in late 2003, Barrett took an eight-year pause from her career but returned in 2012. Throughout her career, Tina has appeared in fashion shows, films, music videos, and several television shows.

YouTube clip about S Club 7 members getting back together!

At present, Barrett along with her S Club 3 members are busy on their tours. The primary source of her wealth comes obviously from the entertainment industry.

Tina Barrett has been an ongoing name on the Yogscast, a video game publisher since episode three. The show's host Lewis and Simon often talked about Barret and she even featured in two YoGpod liners.

She is known to be a member of the forums on the YoGPod's official fansite. On Twitter, she once replied to a fan question saying she would collaborate with Lewis and Simon.

To know more about your favorite celebrities, follow marriedceleb.