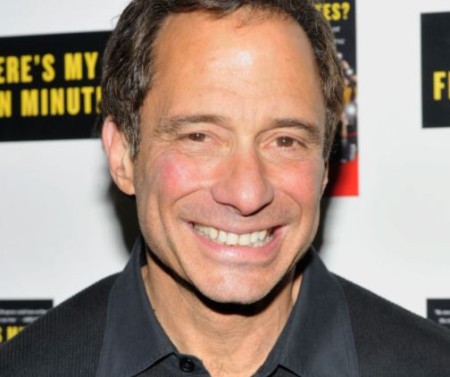 The celebrity gossip website, Thirty-Mile Zone, famously known as TMZ, is probably the world's leading entertainment tabloid news site. And the founder of TMZ, Harvey Levin, is a much-renowned personality in the entertainment business. To date, he has won nine Emmy awards for his professional work.

A former lawyer, Harvey works as a television producer, legal analyst, and a celebrity reporter. Besides, he is the host of Fox News Channel's show, OBJECTified.

Harvey, who managed to expose some of the confidential stories in public kept his sexual orientation private until April 2010. He publicly confirmed his identity as a gay person but always feared of his losing his career. Therefore, Levin's relationship with his longtime partner, Andy Mauer remained a mystery for several years.

Andy is a former Southern California chiropractor and has appeared in a few magazine covers. As per sources, they have been living together for over two decades. Also, the gay couple owns multiple estates which they bought between the 1990s and 2000s.

It is not known if Harvey has married his partner. He knows how to keep his personal life a secret. Further, the pair doesn't have any children. Like Harvey, another gay celebrity, Bruno Tonioli and his partner, Jason Schanne, also kept their relationship private.

Who is Andy Mauer?

As mentioned, Andy is a former chiropractor. After leaving his chiropractic practice, he joined TMZ and in 2016 became the director of talent acquisition.

There is not much information about Mauer. As per his Linkedin account, he owned an office in Beverly Hills. Also, he graduated with a Bachelor's degree in communications.

The TMZ founder, Harvey Levin, has an impressive net worth of $20 million as per celebritynetworth. He doesn't own TMZ, as it was launched as a collaboration between AOL and Telepictures Productions. As per sources, Levin earns around $5 million per year from TMZ and his legal practices. Former TMZ employee, Dax Holt also earned decent earnings.

Previously, Levin spent ten years as an investigative reporter at KCBS-TV where his most notable work was covering the O.J. Simpson murder case. He also worked as a co-executive producer and on-air legal anchor for The People's Court. Since 2016, Levin has hosted the weekly prerecorded show OBJECTified on FOX News Channel.

Besides, Levin owns a productions company and is one of the influential people in the entertainment news industry. Likewise, he has been several times named as one of the most influential voices in LGBT America by Out Magazine.

Likewise, in 2003, Levin purchased a beautiful 1,800 sq-foot ocean-view condo in Marina Del Rey, California for $2.2 million. Apart from luxury estates, the celebrity reporter owns a Black Porche Convertible whose cost is around $110,500.