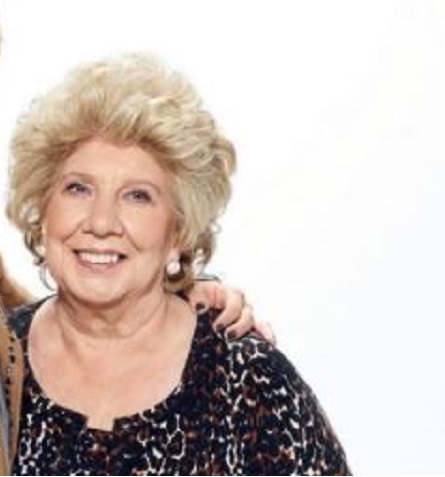 If you keep watching the American reality television series, Chrisley Knows Best, on the USA Network. Then you must be familiar with your favourite elder character Nanny, which is played by Faye Chrisley, the mother of Todd Chrisley.

Over the years, she has impressed many viewers with her lovely relationship with her family and as well as her funny dating methods to find a new lover. So it turns out she is one of the best reason to watch the show for the people. Today let's find out more fascinating details about her.

Seventy-seven years old Faye Chrisley is a widow and a single woman as well. Until 2012, she was happily enjoying her marital relationship with her late husband, Gene Raymond Chrisley, the son of late Leonard A. and Allie Mae Childers Chrisley.

However, the old lady Faye is yet to reveal the details regarding her wedding with Gene on the media. It seems they had spent most of their ups and downs together as a power couple for over three decades. Since Raymond Chrisley's death in 2012, she has never dated any guys.

But in season one of the show, she once tried to go on date with a guy. It didn't end up staying out, though. As she keeps trying her luck in the series, she still hasn't stopped her desire for a partner.

Faye's husband Gene who was nine years older than her is no more with us. He has died from cancer on July 11, 2012, at Emory University Hospital in Atlanta, Georgia. He was 77.

But Derrick demise after two months of his birth on October 23, 1971. She raised her two sons Todd and Randy in Westminster, South Carolina. Now, her oldest son Todd has become a well-known businessman and a reality TV.

He is famous for starring in his own show, Chrisley Knows Best, which began on March 11, 2014.

Faye Chrisley is a loving and caring grandmother of five from her son Todd's relationship with two different women. Chrisley, 53, was previously married to Teresa Terry for six years from 1990–1996.

They are Chase Chrisley on June 1, 1996,  Savannah Chrisley born on August 11, 1997, and Grayson Chrisley was born on May 16, 2006. Not only this but Faye is a great grandmother of two named Jackson Campbell, and Chloe Chrisley.

Jackson, born on 0 November 2012, is the son of Kyle Chrisley, and his ex-girlfriend, Angela Victoria Johnson. While Chloe, born in 2013, is the daughter of Lindsie with her husband, Will Campbell.

Faye Chrisley must be earning a good amount of money as a reality TV star. As of now, her net worth is estimated at more than $500,000. Further, she makes a decent salary from her family show, Chrisley Knows Best. Apart, she has 366k followers on her Instagram account.

Besides, her son, Todd Chrisley has a negative net worth of $5 Million, according to Celebrity Net Worth. As a real estate mogul, he invests his money in different enterprises, which brings him good fortune.

However, Todd filed a bankruptcy case of over $45 million and recorded a debt of over $50 million with a minimal $42 million in asset and a $55 million bank account. Despite that, Chrisley lives in a $2 million mansion spends $30,000 annually only on clothing.

Faye Chrisley was born on the 2nd of September 1943 in the United States. In early 2020, she has celebrated her 77th birthday. She has a sister named Frances. So far, she holds American citizenship and is of white ethnicity.